Most people move or retire down to Florida to escape the ice and snow that the majority of the country has to deal with but there are stories that Florida has had ice and snow storms throughout its weather history. Does it ever snow in Florida?

Yes, but its rare, in order for snowfall to occur in Florida, the polar jet stream has to move towards the south and into the Gulf of Mexico through Texas, move with a cold front across Southern Florida, and then curve towards the Northeast before combining with cooling air in the frontal clouds.

Further up in the northern part of the state of Florida, temperatures can drop significantly, when the northeast part of the country experiences a huge winter event. Some of those huge winter storms can push down into the state lowering temps to freezing and even single digits for a while before Florida recovers.

When Did it Snow in Florida

The few times it has snowed in Florida was considered historic. The earliest recorded  snow event in Florida occurred in 1774, Floridians being unaccustomed to snow, called it “extraordinary white rain.” The first White Christmas in northeastern Florida’s history resulted from a snow event that occurred on December 23, 1989.

Most metrological information about snowfall in Florida prior to 1900 was recorded by the National Weather Service’s meteorological station located in Jacksonville. On January 19, 1977, it snowed heavily in Southern Florida, an event that received considerable disbelief from Floridians and the rest of the United States.

This is the only incidence of significant snowfall that happened in Florida. However, being Florida the snow did not last long and quickly melted away. There are reports of flurries being seen as far south as the Key in Florida in the past century.

The Florida Keys and Key West have never experienced snow since the human settlement of the region. In fact, the monthly average of snowfall in most parts of Florida is recorded as zero. Florida usually has the mildest winters in the United States.

How Many Times Has it Snowed in Florida

According to past weather records, it has snowed 35 times transforming Florida into a winter wonderland. For obvious reasons, it doesn’t happen often, but once in a while, it does snow down here in Florida where the palm trees grow and beaches are open all year round.

Will it Snow in Florida

With the holiday season debatably in full swing, and the official start of winter quickly approaching, you may want to add a pair of extra thick socks to your holiday shopping list, according to an extended winter weather forecast from the Farmer’s Almanac.

The first day of winter, also the shortest day of the year arrives on Dec. 21, 2022, but that doesn’t mean cold temperatures and snow storms will wait until then. According to the Farmer’s Almanac, Floridians could expect to see a colder-than-usual winter following an active few weeks in the tropics with Hurricanes Ian and Nicole.

While it’s highly unlikely residents in the Tampa Bay area will need to pick up a snow shovel this year, the Almanac said there is the possibility of some “record-breaking cold temperatures.” “The first bite of winter should come earlier than last year’s,” the Almanac said. “December 2022 looks stormy and cold nationwide with an active storm pattern developing and hanging around for most of the season over the eastern half of the country.” The Almanac predicts plenty of rain and mush as well as some record-breaking cold temperaturesbut not the white stuff.

In order for snowfall to occur in Florida, the polar jet stream has to move towards the south and into the Gulf of Mexico through Texas, move with a cold front across Southern Florida, and then curve towards the Northeast before combining with cooling air in the frontal clouds.

Also, the warm tropical easterly wind that blows across Central and Southern Florida keeps temperatures warm and melts any small amounts of snow quickly. Little snow falls in the North Panhandle because of its location and that isn’t going to change in the future. 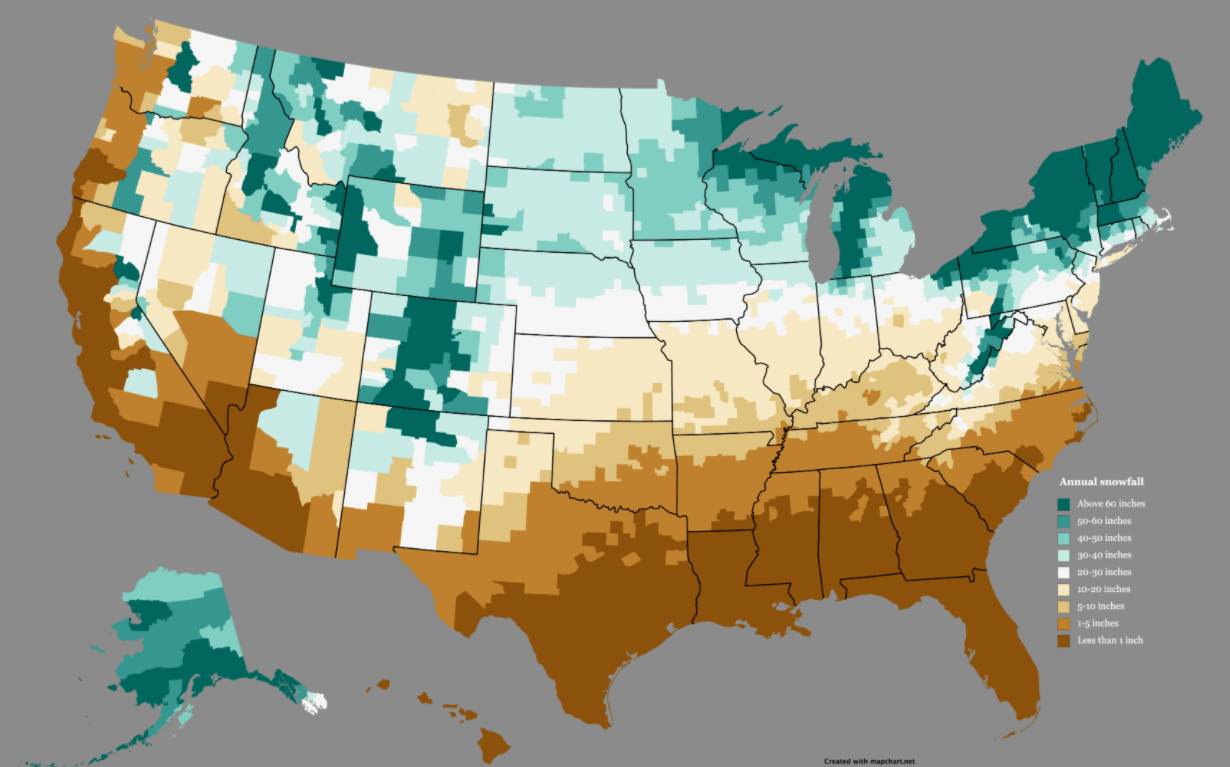 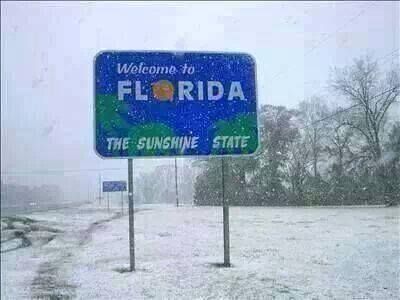 Areas marked in shades of brown experience less snowfall including the state of Florida. These include the western and southern states, as well as the state of Hawaii. They are usually mountains, deserts, or tropical in nature. Meanwhile, counties in the northern states, a few Mountain states, and the state of Alaska have more yearly snowfall. These areas are marked in blue on the map.

Measuring snowfall by state, data from this map shows that Vermont is the snowiest state. Located in the northeast, the state has an average snowfall of 89 inches per year. Excluding Hawaii, which gets no snowfall at all, Florida is the least snowy state, with only 0.01 inches of snow on average per year.

Citing NOAA data reports that the snowiest city in the U.S. is Syracuse, New York, with an average snowfall of 123 inches.

Based on data collected from the National Weather Service, Weather Underground (WU) says that Donner Peak in California is the snowiest single location in the country, recording between 300 to 400 inches of snow in every 10-year period since the 1900s. WU also says that the 1970s is the snowiest decade in the U.S., with record-high snowfall in 13 specific areas during that decade.

How Thick Does Ice Need to Be to Walk On

Only In Your State-Snow in Florida

World Atlas-Has it ever snowed in Florida