Water is self-leveling. Unlike roads or rail, you can’t lay water upon a slope to get up or down a hill. Luckily, some smart guys came up with a plan and a solution to this problem. It may seem simple at first glance, but it is and was a huge milestone to get boats up and down a river or canal. Now there are engineered Canal Locks around the world that make the Panama Canal Lock Systems look tiny in comparison. How Do Canal Locks Work?

A boat first enters a full lock.
The bottom gate is closed.
Water from above is allowed to fill the lock.
Once the level in the lock reaches the correct height, the upper gate can be fully opened
A boat can continue on its way.

Steps are all reversed
A boat first enters an empty lock.

Canals and shipping are described in the earliest works of written history. Of course, shipping by waterway also has its limitations. It’s slow for one thing and not every place that needs goods is accessible by boat. Locks help speed up the whole process knocking off huge amounts of time and energy. The Panama Canal originally opened in 1914 is not the biggest but it’s up there and still uses the same engineering principle of the Lock mechanism.

What Are Canals Used For

A Canal is a human-made waterway or channel that is built for transportation, irrigation, drainage, or water supply. Although canals are among the oldest works of civil engineering, they continue to play a major role in commerce, as they are the cheapest form of inland transportation yet devised. Some of the earliest Canals were built by Egypt’s ancient pharaohs and linked the Mediterranean and Red Seas with a canal that the Romans later restored and used for shipping.

The first major canal in the United States was the Erie Canal. Completed in 1824, the 364-mile canal provided a water route that brought grain from the Great Lakes region to New York and the markets of the East. With the coming of the railroads in the 1830s, the United States quickly abandoned its canals, believing that rail was then the best method for shipping and transportation.

Today, there is still a need for these inland canals to play a major transportation role in the United States and the rest of the world since they are perfectly suited for carrying low-value, high-bulk cargoes over long distances.  A Canal usually parallels a river and shares part of its waters and drainage basin, and leverages its resources by building dams and locks to increase and lengthen its stretches of slack water levels while staying in its valley.

The original Erie Canal was just four feet deep and 40 feet wide, though it was considered a major engineering feat at the time of its completion in 1825. It traversed nearly 400 miles of fields, forests, and rocky cliffs, and contained 83 locks—structures used for raising and lowering boats between canal stretches with different water levels.

The Panama Canal locks originally opened in 1914 when it was considered one of the most challenging engineering projects and largest concrete constructions of its time. . The Panama Canal now houses 12 separate locks.  Panama Canal was upgraded again and now consists of 2 lock chambers, which are filled by 18 water basins and closed off by 3,200-ton rolling gates. This newest set of locks can accommodate ships of up to 160 feet in width and measure 1,200 feet in length and 50 feet in depth

What is a Canal Lock

Canal Locks is the way in which boats can move up and down hills by altering the level of water through a Lock System. Simply put, you go into the Lock when it is nearly empty at one level, fill it up and then cruise out the other end at another level.

This lifts the boat up to a higher canal level, or going the other way lowers the boat down to a lower level if you are letting water out of the lock. Back before trains and planes were the dominant form of transportation Engineers back then thought of a way to move by canals.

These man-made waterways had been used successfully in Asia and Europe for centuries, as a way to provide better, faster, and cheaper transportation. These new types of transportation would carry raw materials and manufactured products that would power this country’s industrial revolution. Not without problems. The European Lock systems work just about the same as the Mule Driven Barges did here in the states many years ago.

The main problem was to develop a waterway that would be able to take a boat up and down during its route. The solution they came up with was a special kind of water lift called a Lock. Sometimes if the hill was too big then 2 Locks might be needed. By a series of gates, water is let in to raise a boat to allow it to pass through then the water is let out after the boat passes through.

Look at the diagram for the parts mentioned. Some Parts of a Lock are Top Gate, Lower/Bottom Gate, Gate Paddle, Spindle, Sluice, Lock Chamber, and Balance Beam, A large Lock Key is used to open or close Wicket Valves or Paddle Gates.

How To Work a Canal Lock 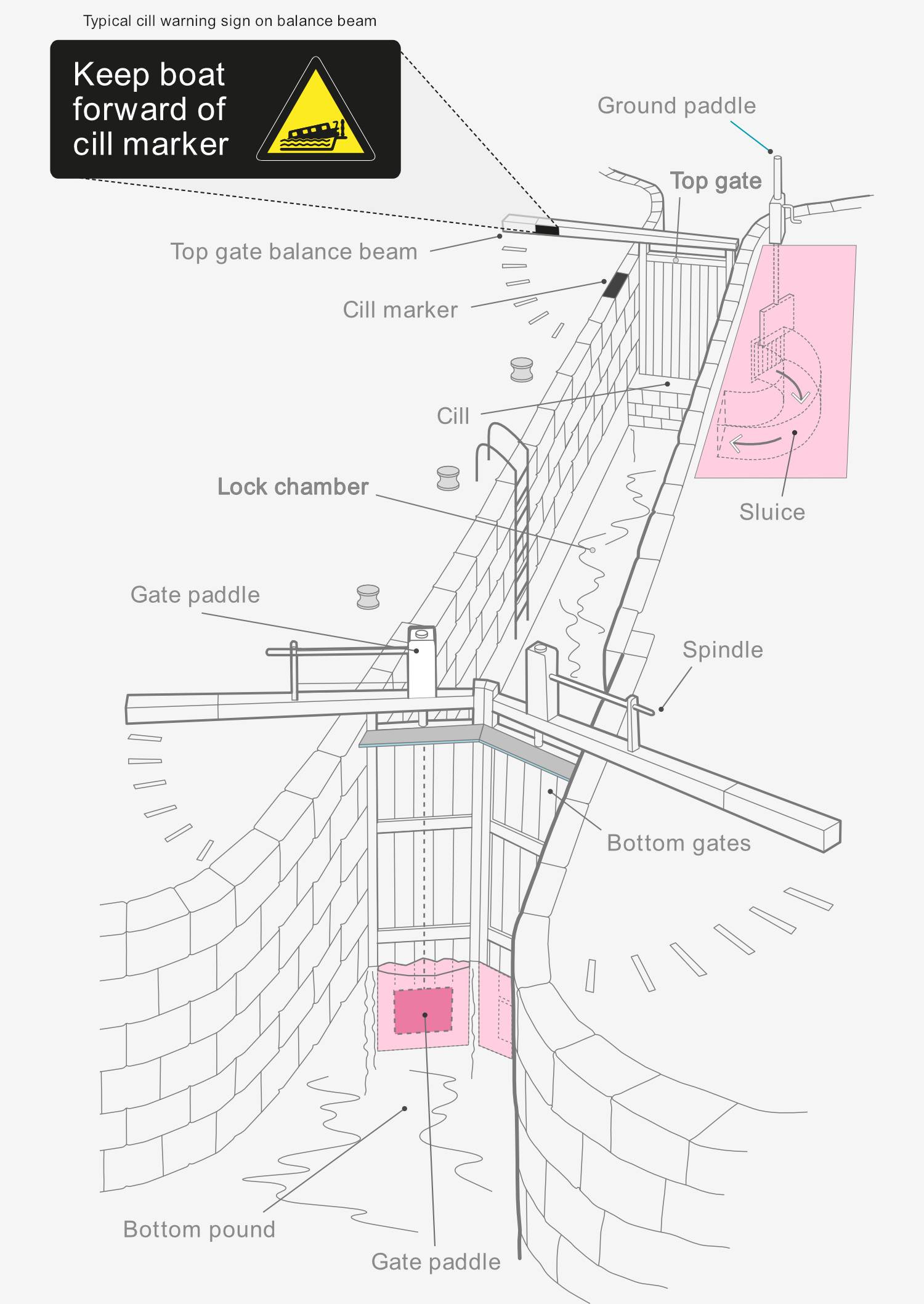 For a boat/barge Going up:

For a boat/barge Going down: follows the same steps in reverse.

The lock always fills from the upper canal and always drains to the lower canal. This is because of gravity. Hopefully, that’s obvious the system is engineered to keep a consistent water level throughout the journey of the boat.

There are no pumps or electric motors except on some of the larger commercial traffic or guillotine locks. Narrow locks are wide enough for one boat, but wide locks generally hold two boat side by side.  They are predominantly found in the South or on wide or barge canals.

Rivers like Colorado and the Rio Grande in the Southwest areas and Western parts of North America are experiencing issues like Water Scarcity and growing populations that have been creating growing problems not just for Drinking water but for Irrigation in Agriculture too. The 5th largest river in the US, the Rio Grande is seeing these problems coming fast with dwindling water supplies. What is the Rio Grande Water Supply?

I live along the Delaware River which has a sixty-mile-long Canal that is part of this great network. Completed in 1832, it runs from Bristol to Easton Pennsylvania where it connects 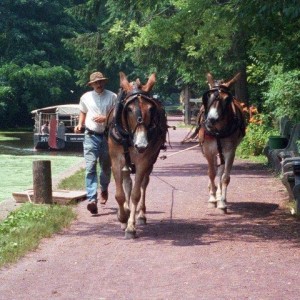 with the Lehigh Canal. The primary purpose of these two waterways was to transport anthracite coal from the northeastern Pennsylvania coal regions to the cities on the eastern seaboard. Alongside the Delaware River, is the Canal and alongside the Canal is a Towpath where Mules pulled the Cargo Boats through the Lock systems.

In the most productive years just prior to the Civil War, over 3,000 mule-drawn boats traveled up and down this route, moving over one million tons of coal a year. Smaller quantities of goods such as lumber, building stone, lime, and produce were also carried through the Canal. Eventually, the railroad provided transportation as the times changed but there are societies that keep up the old ways and care for the Canal Systems throughout the State.

Mules who are a mix of horse and donkey have an advantage over donkeys or horses as they can grow taller than both parents. Weight for weight, they are stronger than horses, and much longer-lived with much longer working lives, although maturing slightly later. Other advantages:

From this simple Engineering marvel, a technique called the Lock came the foundation for world transportation, communication, and marketing that took years to accomplish.

Where Does the Snake River Begin and End