As of 09/02/21, Hurricane Ida dropped 8″ of rain and caused at least 14 deaths that were reported in New York, New Jersey, and Pennsylvania following flash flooding from the remnants of Hurricane Ida hitting several major cities and causing death and destruction across the area. How are tropical storms named?

Tropical storms are named by the World Meteorological Organization (WMO) picked from a list that rotates every year for 6 years if they display a rotating circulation pattern & wind speeds reaching 39 miles per/hr & when the tropical storm’s wind speeds go above 74 mph its develops into a hurricane.

You may remember some of the Storm names from years past that share the same name. That is because of the rotation. You will see this list of names again in 2026 unless the storm gets retired, then a new name will replace the retired name.

Who Names Hurricanes and Why

Scientists would name the storms by their longitude and latitude number so that meteorologists could follow them but this confused many people. In the early 1950s, the U.S. National Hurricane Center first developed a formal practice for storm naming for the Atlantic Ocean.

At that time, storms were named according to a phonetic alphabet (e.g., Able, Baker, Charlie) and the names used were the same for each hurricane season; in other words, the first hurricane of a season was always named “Able,” the second “Baker,” and so on.

Then from 1953-to 1979, hurricanes only had female names. That changed in 1979 when they started alternating between male and female names. Since the early day weather information is collected 24 hrs. a day 7 days a week and recorded by researchers so that they would be better able to use that data to forecast weather occurrences. The use of easily remembered names greatly reduces confusion when two or more tropical storms occur at the same time.

In some instances, one hurricane can be moving slowly westward in the Gulf of Mexico, while at exactly the same time another hurricane can be moving rapidly northward along the Atlantic coast. In the past, confusion and false rumors arise when storm advisories broadcast from radio stations were mistaken for warnings concerning an entirely different storm located hundreds of miles away. 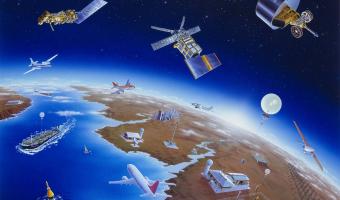 The bulk of those observations is carried out by National Meteorological Services as part of the WMO World Weather Watch, which networks the observing stations to national, regional, and global weather and climate prediction centers round the clock in real-time. The World Weather Watch collects meteorological, climatological, hydrological, and oceanographic data from over 15 satellites, 100 moored buoys, 600 drifting buoys, 3,000 aircraft, 7,300 ships, and some 10,000 land-based observation stations.

Meteorologists long ago learned that naming tropical storms and hurricanes helps people remember the storms, communicate about them more effectively, and consequently stay safer if and when a particular storm strikes a coast. The U.S. National Hurricane Center started this practice in the early 1950s.

Now, the World Meteorological Organization (WMO) generates and maintains the list of hurricane names. WMO is a specialized part of the United Nations that is dedicated to international cooperation and coordination on the state and behavior of the Earth’s atmosphere, its interaction with the land and oceans, the weather and climate it produces, and the resulting distribution of water resources.

Tropical storms are given names when they display a rotating circulation pattern and wind speeds reach 39 miles per hour (63 kilometers per hour). A tropical storm develops into a hurricane when wind speeds go above 74 mph (119 kph).

Just in case there are more hurricanes than the list provides an extra list that can be used to contain the names of more from WMO: Adria, Braylen, Caridad, Deshawn, Emery, Foster, Gemma, Heath, Isla, Jacobus, Kenzie, Lucio, Makayla, Nolan, Orlanda, Pax, Ronin, Sophie, Tayshaun, Viviana, and Will.

Is There a Tsunami Warning System Off the US East Coast

The Difference Between a Hurricane and a Tropical Storm

Hurricanes have a circular rotation and rotate counterclockwise in the Northern Hemisphere. The only difference between a tropical storm and a hurricane is wind speed. In fact, the technical difference between the two is just one mile per hour (mph) of maximum sustained winds or a hurricane creates winds of 74 mph or more. In other parts of the world, they are called Typhoons. 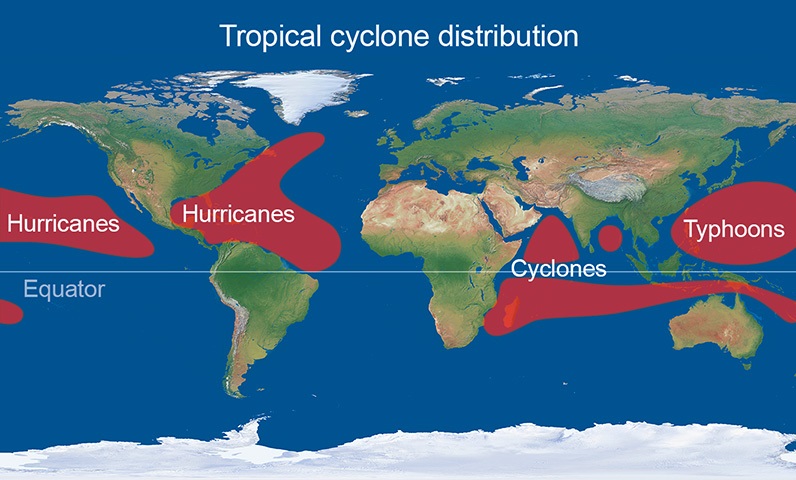 The History of trying to manipulate the weather has been around from the beginning of time. In earlier times, in America, when superstition ruled in matters of the unknown, Man used magic in his efforts to create rain. Today Stories of our Government manipulating weather are speculated by pretty convincing dudes with lots of evidence. Read my article on MyWaterEarth&Sky called But Can The Government make it Rain?

References: The Farmers Almanac- HURRICANE NAMES FOR THE 2021 HURRICANE SEASON