There are very few issues as important as Infrastructure but in many areas of the country and across the world these types of improvements aren’t done until they break and stop working.  Insufficient funding and planning just make the problems worse as they age. Think Flint Michigan and as of this writing Jackson, Mississippi. The Infrastructure Bill 2021 was supposed to provide funding but was held up in Washington. What is the status of the Infrastructure Bill?

Generally referred to as the Bipartisan Infrastructure Bill, this revised version of the law authorizes $1.2 trillion in total spending, including $550 billion of new spending on hard infrastructure that the House passed by a 220–207 vote before President Biden signed it into law on August 16, 2022.

Infrastructure originally used to designate building and repairing roads, bridges, railroads, and ports have been expanded under President Biden to include human or social infrastructure.

Some of the money from the Infrastructure Bill has already been released and distributed through what’s known as The $1.2 trillion figure comes from including additional funding normally allocated each year for highways and other infrastructure projects.  The new spending includes:

Dept. of Transportation-Ports-Around $251 billion was released to ports to help to strengthen the nation’s supply chains and according to its Secretary of Transportation Pete Buttigieg  “U.S. maritime ports play a critical role in our supply chains,” These investments in our nation’s ports will help support American jobs, efficient and resilient operations, and faster delivery of goods to the American people.” 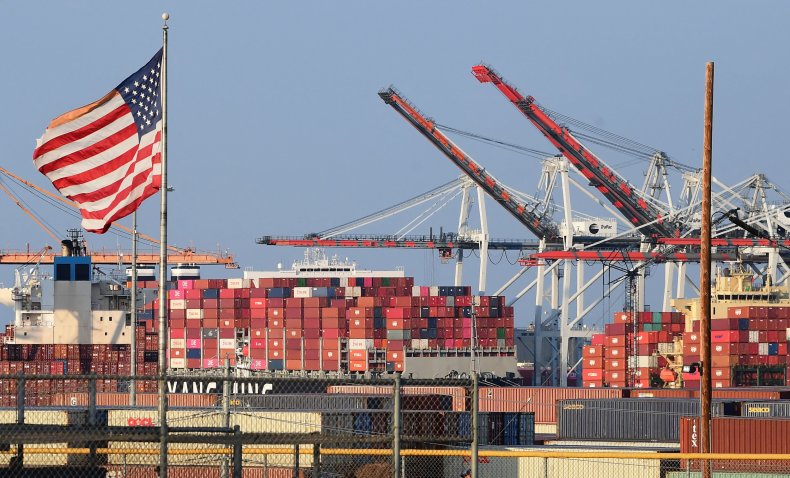 EPA- Environmental Protection Agency recently announced it will use $1 billion for the cleanup and restoration of the Great Lakes region, with $200 million allocated alone for this year.

It’s going to be up to individual states to get going and start. Besides construction workers and grant writers to help allocate money for the states, the White House is also working to make sure the money is used efficiently and to prevent fraud and abuse of the funds.

In other words, hiring people to oversee the money that will go out. Funneling the billions of dollars to the states is a heavy-duty job that requires coordination from several agencies on the federal level with state-level officials.

Today in the US, water system infrastructure is in desperate need of repair. On average, 14 to 18 percent of total daily treated potable water in the United States is wasted and lost through leaking pipes, with some water systems reporting water-loss rates of more than 60 percent. Much of the nation’s water and wastewater infrastructure was built before the 1970s.

The US Environmental Protection Agency (EPA) predicts water-pipe replacement rates will peak in 2035 at 16,000 to 20,000 miles of pipes replaced per year which is up to 4x the current annual replacement rate of 4,000 to 5,000 miles.

With new added regulatory demands for utilities continue to increase due to rising enforcement of long-standing requirements and the creation of new requirements. The EPA announced two actions in February 2021 to address levels of poly-fluoroalkyl substances (PFAS) man-made chemicals used throughout the water industry and consumer products in drinking water studies indicate PFAS can have serious health effects in laboratory animals.

Along with new standards along with the revised Lead and Copper Rules in the pipe, combined-sewer overflows, and tighter parameters on wastewater-discharge regulations for phosphorus and nitrogen increase the monies needed to revamp infrastructures.

Many cities have aging water infrastructures, that hold, treat, and deliver water some as old as 100 years.  Incredibly, some water older systems contain bacteria, lead, and asbestos which became an environmental disaster in Flint Michigan’s water infrastructure. Read my article here on mywaterearth.com called   What is Water Infrastructure?

Also known as the Bipartisan Infrastructure Lawwill provide part of its package investing $65 billion to rebuild the electric grid, according to the White House. It calls for building

thousands of miles of new power lines and expanding renewable energy. It will provide $55 billion to upgrade water infrastructure that is in dire disrepair. The bill became reality the day it was signed.
It will replace lead service lines and pipes so that communities have access to clean drinking water, the White House said. Another $50 billion will go toward making the system more resilient protecting it from drought, floods, and cyberattacks.

It will drive the creation of good-paying union jobs and grow the economy sustainably and equitably so that everyone gets ahead for decades to come.

Combined with the President’s Build Back Framework, it will add on average 1.5 million jobs per year for the next 10 years.

The Act will guarantee to delivery of clean water to all American families and eliminate the nation’s lead service lines Bipartisan Infrastructure Law will invest $55 billion to expand access to clean drinking water for households, businesses, schools, and child care centers all across the country.

From rural towns to struggling cities, the legislation will invest in water infrastructure and eliminate lead service pipes, including in Tribal Nations and disadvantaged communities that need it most.