A gallon of water weighs about 8.34 pounds. A ton of snow only melts into about 240 gallons of water. Snow in its frozen state is made up of water and air but also could contain other things that are nasty to your health besides the yellow snow that everyone has always told you not to eat. Can you eat snow to survive?

Yes, if you’re eating snow for hydration, you would need 10 quarts of snow to get 1 quart of H2O that will bring the core temperatures down in your body causing hypothermia & should be melted first. Snow also collects pollutants from the sky or ground that could make you sick if you eat enough of it.

When the body is taking in less water than it is losing, a person will begin to exhibit different symptoms of dehydration. People lose water when they breathe, sweat, and when they urinate. This is why regular consumption of water is necessary to keep the body hydrated and to replace the water that is lost. If Snow is available to the outdoorsman in the winter months they need to be aware of the dangers of hypothermia and how to use it if they need to hydrate. 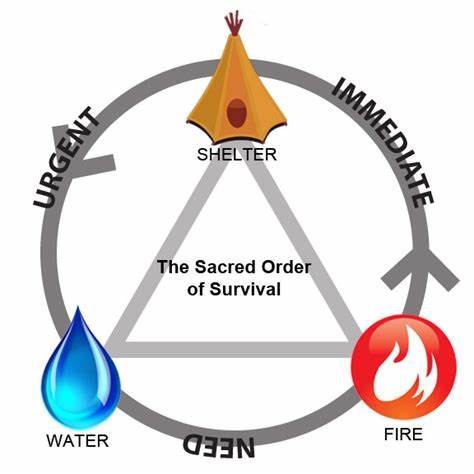 If temperatures are low enough outside for snow to be available then it is cold enough for hypothermia. Snow is mostly air, this means you’d need to eat about ten quarts of snow to yield one quart of water in your belly. If you tried eating snow for hydration this would cause your body’s core temperatures to drop to dangerous levels.

Snow is made up of mostly water and some other unknowns. If you’re dehydrated in cold conditions with snow, you need to find a way to liquefy the snow outside your body. Melt it with fire. Place it in a black container in the sun to absorb solar heat. Do anything except eat it without melting it which will cause you more harm than good. Always stay away from plowed snow due to sand and chemicals found within as well as snow that looks dirty.

What Happens If You Eat Snow

Like rain, snow is made up of mostly water but also contains every particle the sky contains and traps it on the way down from the atmosphere. If there are industrial pollutants or soot from fireplaces in the area the snow will pick up the contaminants as the flakes fall from the sky. Other contaminants are found in snowflakes like auto emissions, bacteria, sea salts, and nitrate just the start. Besides causing your body’s temperatures to drop creating a dangerous condition eating snow will eventually make you sick.

That’s why John Pomeroy, a researcher who studies water resources and climate change at the University of Saskatchewan, suggests it’s better to wait until a few hours into the snowfall to gather your fresh catch. Snow acts like a kind of atmospheric “scrubbing brush,” he explains. The longer the snow falls, the lower the pollution levels in the air, and thus in the snow. Pomeroy a professor of chemistry at the University of Arkansas, Little Rock, if we were to package snow and put it on grocery store shelves, what would we have to put on the ingredient list?

Snow acts just like a scrubber in the atmosphere that can be home to micro-organisms and their deposits which are very unhealthy to digest. Air pollution like sulfur and acidic pollution from power plants would be eating the remnants of that industry that are filtered from the sky. If you are near the ocean then sulfates and sea salt will end up in the snow. Viruses and even heavy metals. These particles and more help make up the snowflake as they fall from the sky.

Your body’s cells and organs in the body need water to be in a liquid state, so the body must work to heat and melt the snow once it is eaten. Because the organs must work harder to heat the ice and melt it, you will become further dehydrated rather than hydrated.  As your body loses temperature to dangerous levels, you will continue to lose more water than you are taking in, even though you are hydrating the body by eating snow.

How to Turn Snow Into Drinking Water

If you are in danger of dehydration and the only available resource is snow then the snow should be melted before it is consumed to prevent further dehydration and to avoid hypothermia. A hiker or camper that is in the wilderness should have a portable water filter packed away in their backpack. If not other sources of iodine or tablets that purify water of parasites and contaminants found in nature. Once you melt snow the water you get from the snow should be filtered and processed as you would drinking water from a stream that you stumble on in the wilderness.

When in doubt play it safe and after melting the snow or any water you plan on drinking outdoors just bring it to a full boil. Drinking snow from the ground can contain whatever is found on the ground in the area you are in.

References: NPR-So You Want To Eat Snow. Is It Safe? We Asked Scientists