Because of the ongoing ultimate quest for sports and energy drinks, health enthusiasts tried to find the very best H2O for hydration during strenuous workouts and others for the overall nutritional benefits that are found in nature that relieve diseases and common conditions that affect us, we age along comes Black Water or blk Water. What is Black Water Drink?

Black Water Drink or blk H2O is Purified alkaline water sourced from multiple springs & aquifers in the US & Canada added with a concentrated solution of Humic & Fulvic minerals which contain powerful electrolytes & nutrients that occur naturally in plants & soil giving the H2O its black color. 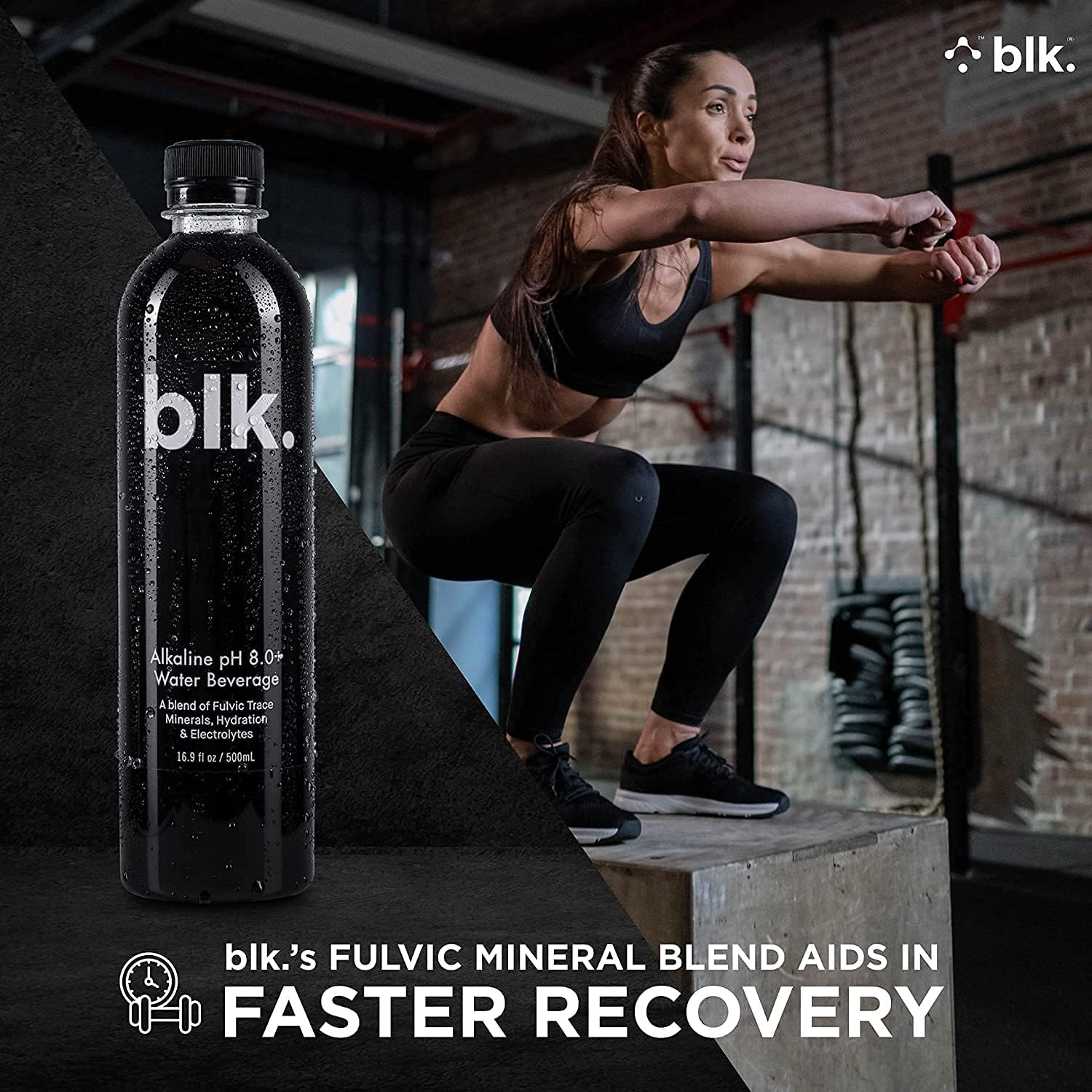 Black Water Drink known as BLK water or Premium Alkaline Water is pure, premium alkaline water is a fairly new health drink with an odd color. In fact, it’s the first-ever super water that is black in color due to the fulvic trace minerals.

BLK contains powerful electrolytes and a high pH, along with the fulvic trace minerals,  so once you take a sip of it, you get some serious hydration along with a clean refreshing taste that naturally gives you a boost of energy.

Fulvic acid minerals are a solution of fulvic acid and an assortment of plant-derived colloidal minerals. They are quickly being recognized as a key factor in health and wellness. Fulvic acid occurs naturally in plants and soil and can be thought of as the elixir of life because, without it, life would not exist.

According to their website, blk Water,  Purified alkaline water is the base of blk Water. We carefully source it from multiple locales, including springs and aquifers in the United States and Canada wherever possible. We use RO (reverse osmosis) water when these are not available.

What is the Most Expensive Bottled Water

What is Fulvic Acid

Fulvic acid is considered a naturally occurring compound (humic) found in soils, compost, marine sediments, and sewage. Fulvic acid is a product of decomposition and formed through geochemical and biological reactions, such as the breakdown of food in a compost heap. It can be extracted from compost, soil, and other substances to be processed into a supplement. This supplement is used to make the black water drink.

Fulvic acid minerals are harvested from fulvic shale located here in the United States in an area that was once covered by ocean water and prehistoric plant life during the Cretaceous Period.

Fulvic and Humic acid both serve similar functions in the soil. They only differ in their solubility at certain pH levels. Growers of plants, crops, and vegetables use these additives to increase nutrient and mineral levels of soil. Fulvic compounds are found in plants and soil in the highly nutritious humus layer here on earth. An ancient, naturally-occurring part of the botanical cycle, they have also been found to help the human body effectively break down, absorb, and transport key bioavailable nutrients.

Now depleted, our water and topsoil were once rich with fulvic acid and humic acid which was a naturally occurring compound containing all the building blocks of life:

Once upon a time, everything we ate had fulvic in it and the millions of cells we burned off every minute were reconstituted with fulvic minerals. Fulvic acid helps with overall biological body function. Today, virtually nothing we eat has fulvic in it.

Fulvic Acid-is a group of chemicals formed when plants and animals break down. It is found in the humus (organic matter) part of soil and peat, and is also found in streams and lakes. People use fulvic acid for conditions such as allergies, eczema (atopic dermatitis), cancer, Alzheimer disease, and others, but there is no good scientific evidence to support these uses.

Forms of Fulvic Acid like Shilajit, a substance secreted by rocks in certain mountain ranges around the world, including the Himalayas, are particularly high in fulvic acid. These compounds have been used for centuries for traditional healing practices.

Although research reveals that they may boost immune and brain health, as well as combat inflammation, more human studies are needed to fully determine their effectiveness, dosage, and long-term safety. The molecules of black water are smaller which means they are easily absorbed by the cells in the body and they are also faster in retaining the nutrients we provide to our system.

There have been many questions about Bottled Water expiration dates that were stamped on the outside of the cases of Bottled Water packaging in the last few years. EPA and the FDA have said that they don’t set standards for Bottled Water. It was kind of easy to jump to conclusions and asked logical questions. Why would you put an expiration date on the product? Read our article here on MyWaterEarth&Sky called How Long is Bottled Water Safe to Drink

Before I tasted this water, I kept thinking it would be comparable to Guinness Beer. I guess you know where my head is but oddly enough blk water tasted like water in fact just like water. It’s the color that tricks you into thinking that blk water is more of a food source but it’s not. Try it for yourself it’s smooth clean and delicious!

When it comes to carbonated beverages, Seltzer has been on a comeback and is fast becoming a popular carbonated drink. It’s preferred over soda and other beverages because of its healthy, pure, clean crisp refreshing appeal. Read our latest article on MyWaterEarth&Sky called What is Seltzer Water?

healthline–What is Fulvic Acid and Does It Have Benefits?