The exact course a river or stream takes depends on a combination of many factors. It will follow the law of least resistance and go around twisting and turning or under rather than up and over whenever possible and always downhill. Do all rivers flow south?

No, rivers flow downhill from their source, & usually, the source is somewhere in the mountains located north of the river’s mouth. If the source is south of the mouth, the river flows in a northward direction. If the river is in the northern hemisphere it leans east & in the southern leans west.

Most people have the popular belief that is really a myth that all rivers flow north to the south. While it is true that most rivers flow south, some pretty big rivers actually flow from south to north and can turn in eastern and western directions.

Which Direction Do Rivers Flow

Most people think that all rivers flow south or that all rivers in the Northern Hemisphere flow towards the equator. The reality is that, like all objects, rivers flow downhill because of gravity. You have heard the saying that water takes the path of least resistance, and this path can follow any direction, including north, south, east, west, and other directions in between.

The direction of flow is determined mostly by the area’s topography located between the headwater which is the origin or source where the river begins and the mouth or end destination. Rivers not only follow one direction some turn and twist in several directions along the way.

Some rivers have paths that run between their sides called a channel and this could be many different paths or a larger area called a Delta.

How Many Rivers Flow North

Rivers that flow north are a difficult concept for some to understand. Rivers flow downhill from their source, and usually, the source is somewhere higher in the mountains located north of the river’s mouth. However, if the source happens to be south of the mouth, the river then naturally flows in a northward direction.

In the US, at least 48 rivers in 16 states flow north, including nine in Alaska and eight in Washington. The Red River in the U.S. and Canada and Florida’s St. Johns River also flow north. Along with the:

Around the world, there are many northerly flowing rivers like the Rhine, which flows from Switzerland between France and Germany, the Orinoco River in Venezuela, and the Ems River in Germany. The famous Ganges River in India has a number of tributaries that flow in a northerly direction, including the Chambal and Betwa. Yenisey in the Russian Federation, which is 2548 miles in length, the Lena River river also in Russia that spans 2,700 miles and many more.

Why Do Most Rivers Flow South

Most rivers in the United States and the world run downhill due to gravity. Other rivers have the ability to flow in different directions due to where sloping occurs away from its source. The biggest example of a river that doesn’t flow south is the biggest river in the world, the Nile River, at 4,258 miles, which is the longest northward-flowing river.

If a river runs through a mountain range or other terrain, the direction could change as the river takes the path of least resistance. Sometimes that path will change with time by erosion or the landscape being changed by man-made development. Rivers appear to run south from the north but elevation comes into play as a lot of rivers have headwaters that come from snowmelt and rain from higher up in the mountains that run down in elevation.

Do Rivers Flow East to West 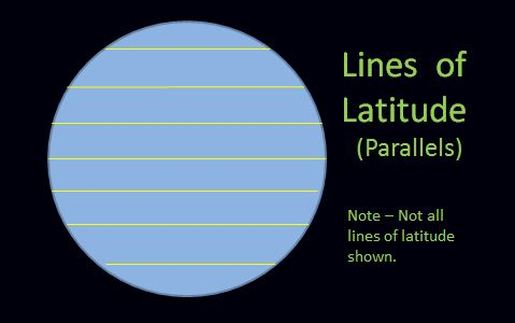 A river can flow east or west depending on the factors that control where the river’s flowing. The Earth’s rotation is the most important factor in determining where this river water goes. The topography and obstacles on the land turn the direction of the rivers east and west then back again. This works with elevation and the rule of the Coriolis effect that forces water along the lines of the latitude.

A river can flow northward or southward, to the east, or to the west, but downhill always. In some instances where water is forced to move uphill, for short distances over rocks or small inclines in the terrain, the force of the flowing water must be sufficient to overcome the gravitational pull downward or the water will stop flowing.

The exact course a river or stream takes depends on a combination of many factors. It will follow the law of least resistance and go around or under rather than up and over whenever possible.

The Coriolis Force or effect is a phenomenon that causes fluids, air, and other things like rivers that flow above or on the earth’s surface to curve as they move through. As the earth moves west to east and spins on its axis but because the earth is a sphere it is larger in the center or at the equator, it will move much faster than the land mass at the poles.

Water in nature never flows far in a straight line for any distance. If you look at a map, you see that rivers, creeks, and streams twist and turn on their way seaward, even where there are no obstacles in the water’s path. A river or stream twisting and changing direction is called Meandering.

River meandering is a feature of old age. As rivers age, they develop more and more exaggerated meanders. Eventually, the meander becomes so exaggerated that the curves and twists that are mapped out in the direction of the river form a lake.

This happens not only in response to large obstacles but also to very subtle differences in the path’s terrain, even one grain of sand can change the flow. Over time slight deviations become magnified and the meander appears.

Where natural rivers follow a straight path for any distance then most likely they have been engineered or changed by humans to do so. A rivers meander because it saves work, it is the most efficient use of the energy of flowing water over the ground.

The country of India is suffering the worst water crisis in its history with some 600,000 people affected by water shortages and things don't look better. What are the reasons for India's Water...