The most shark-infested beach in the world is one of the best-known beaches in the world where most of the attacks have taken place off the coast of New South Wales, the state where the famous Bondi Beach is located. Bondi Beach uses Shark Nets to protect swimmers who come from all over the world to enjoy the beautiful surf. What is Shark Nets?

Shark Nets are submerged nets 150 & 190 m long & 6 m high placed at beaches designed to stop large marine animals including sharks, with the aim to reduce the likelihood of shark attacks on swimmers-Shark nets do not offer complete protection but work on the principle of “fewer sharks, fewer attacks”

As of this date, July 20020 there have been 2 shark attacks on the beaches of Long Island New York, USA one on a lifeguard and one on a surfer who was able to punch the Tiger Shark in the nose that drove it away. Experts say that warm waters are bringing sharks closer to the shore in this area.

Shark Nets also known as shark mesh nets and beach mesh nets, are used in a few places around the world to reduce the likelihood of humans being bitten by sharks. Shark nets are submerged fishing nets containing a mesh size of around 50-60 cm. They do not form a complete barrier for bathers. Instead, the nets used throughout shark-infested waters of the world are usually between 150 and 190 m long and around 6 m high.

Off most shorelines, they are set in 10-14 m of water. The nets are usually suspended somewhere in the middle of this depth range, meaning that they don’t reach the surface and/or bottom of the water.

Net operation is usually handled by external contractors, who check the nets every two to three days and carry out any maintenance required.

The Shark Nets offer minimal protection to us humans because they do not reach the sea bed and do not go the whole length of the beach. 50% of the sharks caught are on the beach side so that just proves that the nets are no problem for the sharks to get around.

Endangered sharks and marine life are being caught as well as all the other marine life. When a shark gets stuck in a net it starts to rot and attacks other sharks.  There is a growing opinion that Shark Nets are not just removing sharks from our beaches but are also removing protected species such as Sea turtles, whales, dolphins, and manta rays.

The Shark Nets have been in operation soo long that officials continue to use them because of their ease of operation and better safe than a sorry attitude that they are better off and don’t want to take the chance of taking them down.

The theory behind these Shark Nets is that the fewer sharks there are alive in these beach communities where bathers can be found, the fewer attacks there can be. The negative effects of using the Nets are outweighing the positive, especially with new technology that is available.

Shark Barrier companies like Sharksafe Barriers and Ocean Guardian’s Shark Shield Technology are eco-friendly alternatives to the shark nets and baited drumlines that prove lethal to a vast and indiscriminate array of marine life. Hundreds of thousands of sharks, dolphins, turtles, and other species die after becoming tangled in the strands of Shark Nets or hooked on Drum Lines.

Sharks have short-range electrical receptors in their snouts called the “Ampullae of Lorenzini” used for finding food. Ocean Guardian’s Shark Shield Technology has been developed to specifically take advantage of these highly sensitive receptors, creating a powerful three-dimensional electrical field that causes spasms turning the sharks away, including Great Whites. As dolphins, whales, fish, turtles, etc. are without these receptors, Shark Shield Technology has a negligible effect on them. The Shark Shield Technology consists of a minimum of two electrodes, which when both electrodes are submerged in seawater, emit a three-dimensional electrical field surrounding the user or area. When a shark wanders within a few meters, the field that’s emitted by the device causes the shark to experience uncomfortable muscle spasms. According to Shark Shield Technology, “this does NOT harm the shark in any way, but merely produces a high level of discomfort”

A Drum Line is an unmanned aquatic trap used to lure and capture large sharks using baited hooks. They are typically deployed near popular swimming beaches with the intention of reducing the number of sharks in the vicinity and therefore the probability of shark attack.

Once alerted, the team responds immediately (within 30 minutes) to tag and release the shark or other marine animal. Drumlines are set every morning (weather dependent) approximately 500m offshore at a depth between 8-15m of water. They are collected at the end of each day and are not left overnight.

In South Africa, an initiative to reduce the total amount of nets was commenced in 1999, as part of ongoing efforts to minimize the catch of harmless animals.  This involved the replacement of nets with drumlines. A drumline consists of a large, anchored float (which was originally a drum) from which a single baited hook is suspended.

The idea of introducing drumlines is to reduce the bycatch of harmless non-shark species such as whales, dolphins, and Sea turtles, which are accidentally caught in the Shark Nets Sharks have a range of senses in order to hunt prey.  They use acoustics or vibrations in the water which are the strongest. Vibrations can travels a long distance through water in the ocean.

Sharks also use small gel-filled sacs in their snout so that they can detect heartbeats at a closer range. New technology uses 2 electrodes with salt water as a conductor that will create a spasm effect on these sacs on the shark’s snout once a shark gets too close.  This new technology can attach to an ankle or can be built into your surfboard.

Most shark attacks occur less than 100 feet from the shore mainly around popular beaches in North America especially Florida and Hawaii, Australia, and South Africa. A large number of attacks happen to surfers, snorkelers, or divers.

Beach communities are discovering many sustainable solutions to create the barriers needed that can protect the swimmers and surfers along with the shark and other sea creatures that are sacrificed in order to keep humans safe.

A new approach worldwide to keeping sharks away from boaters, spear fishermen, surfers kayak fishermen, or anyone that is in the water where sharks live has been developed. Personal products are available that have come out of South Africa and Australia and now in America where there are recorded shark attacks. 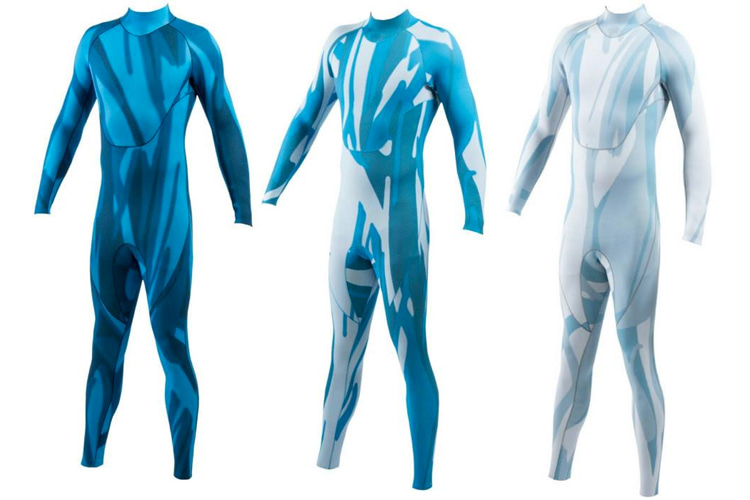 How to Prevent Shark Attacks

Shark Info-What are Shark Nets and What are the Alternatives?