Over the past few years, California has experienced the worst drought in recorded history. People here in this region know firsthand the challenges families and farmers face when water becomes scarce. Access to safe, clean, and reliable water is the lifeblood of the Central Valley’s booming agricultural economy, and ensuring access to water is imperative to everyday life.

More than 6 million California residents in Los Angeles, San Bernardino, and Ventura counties are limited to watering outdoor plants once a week and are under new water restrictions as of today the Metropolitan Water District of Southern California made an urgent demand for a 35% reduction in the use of water throughout the state. The entire state of California is suffering from a severe drought. Water Reservoirs are currently at half of their historical averages and the normal precipitation that happens at the beginning of the year was less than predicted.

Officials of the Water District say that because of Climate Change in the last decade across the region water supplies have dwindled. The snowpack from the Sierra Mountains that the region has relied on for years is gone. This, along with an existing drought for the last 3 years that they say is the worst ever on record contributes to this critical situation. Up to 80% of the population depends on groundwater for their water needs. In some communities in Southern California people depend on 100% for groundwater.

Officials are asking everyone to limit the amount of use to help get them through this summer. Reducing irrigations of lawns and accounting for every drop will be needed in not just the coming months but to the end of the year to get through what they call a dire situation. The Southern California Water District declared a water shortage last month in April and said that the Drought is the worst in 1200 years.

Water agencies could be fined up to $10,000 per day if they didn’t comply. The State Water Board has imposed some statewide restrictions such as banning people from watering their lawns for 48 hours after rainstorms and sprinklers from running onto sidewalks. People can be fined $500 per day for violations.

During a typical year, about 40 percent of the state’s total water supply comes from groundwater. The supply decreases and the demand of course increases in the summer months when there is less rain and snowmelt available. Experts predict increased temperatures, less snow, earlier snowmelt and a rise in sea level could have major implications in the future for water supply, flood management, and ecosystem health. So the plan is to conserve and plan for new developments in water conservation like Recycling Wastewater and Flood Management in South Western states like Nevada, Arizona, and California.

On average, 75 % of California’s annual precipitation is made up of rain, snow, and hail falling in November and March. The bulk of this precipitation occurs in just three months December, January, and February when California tends to get a small number of large winter storms called atmospheric rivers. A handful of atmospheric rivers or lack thereof during the winter season can determine if the year will be wet or dry.

The state of California works diligently to balance the needs of multiple interests, climate change, and relentless population growth that is expected to grow to 45 million by 2035. Californians, too, are paying close attention to their water resources and have passed bond measures to help maintain the system. Change is not coming any time soon.

Groundwater is a vital resource in California. It sustains their ecosystems, supports our agriculture, fuels our economy, quenches our thirst, and reduces the impacts of drought and our changing climate. Groundwater accounts for 40 percent of the State’s total annual water supply in normal years and almost 60 percent in drought years.

This is why the California Department of Water Resources (DWR) this precious resource is measured daily by sites like  California’s Groundwater Live in conjunction with the public release of information that is constantly changing. Measurements of Domestic, Irrigation, and Public Supply Wells along with Dry Wells are recorded and monitored 24/7.

The information and data are shared statewide, collected, and kept by the Sustainable Groundwater Management Act (SGMA), which was born in 2014. Real-time information and data are also collected by the California Department of Water Resources on updated statistics on weather, rivers, Reservoirs Data, and Dams throughout the state that is online and instantly available. The Current conditions of Major Public Wells. 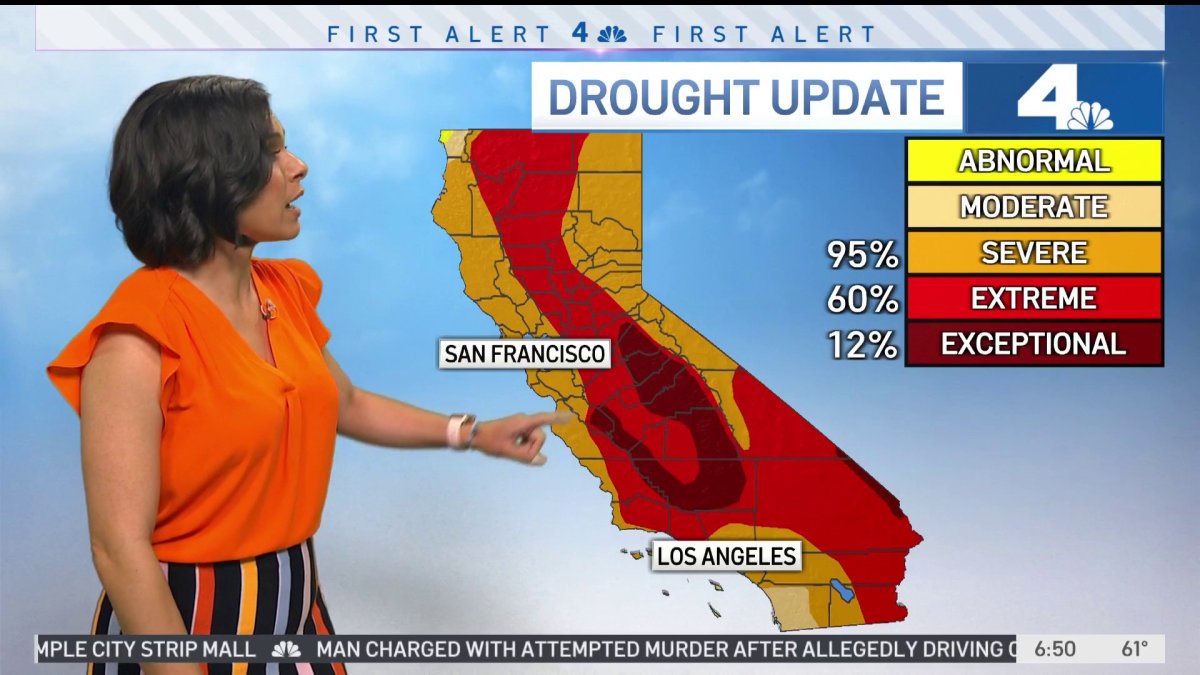 Lower-than-normal water levels in reservoirs mean that California will produce just half the hydroelectric power of a typical year, the Energy Department warned on Wednesday. There is the risk of power outages and blackouts across the southwest along with the coastal fires that California is unfortunately accustomed to that seem to go hand in hand with dry heat throughout the region.

Local agencies that fail to meet the state’s reduction goals are fined up to $2,000 per acre-foot of water.  An acre-foot is about 326,00 gallons. The district will monitor water usage, and if the restrictions don’t work it could order a total ban on outdoor watering in the affected areas as soon as September.

California receives 75 percent of its rain and snow in the watersheds north of Sacramento. However, 80 percent of California’s water demand comes from the southern 2/3 of the state. California has been called the most hydraulically altered landmass on the planet and for good reasons. Where deserts and plains were once prevalent now reservoirs store water to move it to the arid land. This whole region in the Southwest works like a critical balance between a desert and a thriving developed area.

Where Does California Get Its Water

The state of California has two sources of water: surface water and groundwater. The water that runs into rivers, lakes, and reservoirs is called surface water. The Groundwater that is found beneath the earth’s surface in the pores and spaces between rocks and soil underground are called aquifers.

Most of California’s precipitation falls as snow in the higher elevation of the northern part of the state during the winter. The snow acts as a natural reservoir, storing water until the spring runoff. After initial evaporation, percolation into the ground, and transpiration, the water flows into streams and rivers and makes its way toward the ocean or into salt sinks.

Most of the precipitation falls in the winter as rain and snow. Although the climate is variable, the state receives about 200 million acre-feet of precipitation per year on average.

An acre-foot of water equals about 326,000 gallons or enough water to cover an acre of land (the size of a football field) 1 foot deep. One acre-foot is enough water to meet the annual indoor and outdoor needs of two households.

Despite the geographic and hydrologic challenges, California has more irrigated acreage than any other state, thanks to massive water projects that include dams, reservoirs, aqueducts, and canals to deliver water to users, especially in the central and southern portions of the state.

Northern California receives 100 inches or more of precipitation per year, the state’s southern, drier areas receive less precipitation, just a few inches of rain annually, and depend mostly on the northern precipitation to bring the water to them.