This article is dedicated to millions of Beer lovers like me that respect the fact that you can never serve warm Beer to a guest at a party no matter if the party is in the Summer or Winter. By the way, how many people leave the Beer right outside in freezing temperatures may be a little ice and snow are right outside your front door. What is the fastest way to cool a beer?

There are a few methods:

Ever since man discovered that he could keep beer cold and that Beer didn’t necessarily taste good at room temperature like my Irish Relatives always say there was a quest to try and keep their Beer cold at backyard picnics, poolside, and at sporting events. Just as man found ways of cooking food with Fire and discovering penicillin to cure disease, Man found ways of keeping his Beer cold and to his delight came up with ways of doing it quicker and colder than ever before.

There is nothing worse than having a barbecue- cookout or party in the Summertime and running out of beer and running up to Beer store and all they have is warm cases of beer. It’s dramatic and could lead to problems with your guests. I know that it would be for me and my friends. The typical solution gets into the freezer as fast as possible. You can’t get all of it in so you have to put some in and alternate the rest so you can accommodate the light Beer drinker and the Regular Beer drinkers.

It’s a pain and takes you away from the party. Even if you stop and buy ice then you have to start from scratch, trying to get warm beer on a hot Summer day cold enough to drink. Then there is how you apply the ice to the warm Beer. Some people say that you should sit the Beer on top of the ice. Some people say to pour the ice on the top of the Beer.

A lot of Beer drinkers swear that the best way to make your beer colder is to just put it into the fridge. But hold on aren’t there differentials or variables in this test? Yes, there is. Like :

I’m a very serious Beer Drinker but this won’t be a scientific study. There are too many variables starting with the researcher who will be some like you that will probably be sampling the Beer as the testing goes on. You could easily get wrapped up with testing and lose attention to detail. Even destroying the Beer you put in the Freezer.

How Long Does it Take Beer to Freeze?

It’s not your fault. You didn’t mean to it! You had good intentions but the Beer spent a little too much time in the deep freeze. How many times has this happened to you? You pick up Beer and forget to get it cold for the party and stick it into the freezer and then as you are busy with the party putting the steaks and burgers on the grill you remember. The Beer is still in the Freezer. When you open the door you find that the Bottles are broken and Beer is ice up into something that looks like a Beer Slurpee that can’t be salvaged.

Yes if you leave it at freezing temperatures for about 90 minutes, you’ll freeze your beer. The water separates from the rest of the contents and ice will form naturally on the top. This whole deal will ruin your Beer. Better hurry up and get back to the Beer Store and this time get Cold Beer. This going to happen if the Beer is laid outside in the ice and snow too. But you already know this you are reading this to find out if whatever you are doing is enough and if there is a better way to do it. Let’s get down to the skinny. What are some ways to get your warm Beer cold?

Fastest Way To Cool a Beer

1. Buy the Beer The Day Before Knucklehead

Then it by far the best overall problem for the last-minute Beer aficionado who demands the best in the Beer drinking experience.

Since this idea was brilliantly developed by inventors  Ty Parker and Trevor Abbott their next step was to come up with a finished product that is sold here on Amazon they called Spin Chill. The basic principle of the product is that If you spin a can or bottle in a tub of ice, it cools faster, because in spinning the can you cause convection in the can, while at the same time considerably increasing the surface area of the can that is actually touching ice. Leave it a couple of young American College Lads to come up with a solution that their Dads have been dealing with since the Animal House Days and long before. 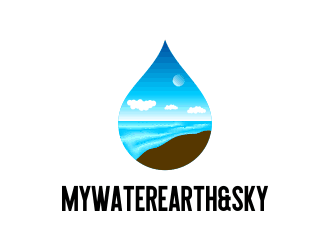