Since I was a boy I had heard that Catfish had a nasty way of getting back at a fisherman by stinging them with their whiskers on the front of their mouth. The truth is Catfish don’t sting at all but try and sometimes succeed at poking you with their venomous pectoral and dorsal fins that can hurt like the dickens unless you can avoid them. What is the best way to unhook a Catfish?

Blue catfish, Channel catfish, and Flathead catfish are the three primary species of Catfish in the U.S. and the most sought-after species. The United States has populations of one or more of these species of catfish available in most river lakes and creeks any kind of freshwater and saltwater in fact if you have ever fished then you probably caught one.

Catfish do not have teeth that you commonly need to bite your hand when you are handling them to take off the hook. They contain incisor form of teeth and feed using suction and gulping. They have no way of biting or cutting the prey that they hunt.

The Catfish have whiskers protruding from the area around the mouth that are used as sensors and cannot hurt you. Catfish are often found in muddy rivers, lakes, and on beaches in tropical, subtropical, and temperate waters. These fish are normally not aggressive but if you step on one or hook one then they will try to defend themselves using their pectoral and dorsal fin.

Catfish do not actually sting a person. If you have encountered this it feels like it. Certain parts of their body are sharp and can puncture the skin, leading most people to believe that they have been stung. Although a Catfish sting is not accurate, it is still a common term that is used.

Catfish skin toxin and the venom from their dorsal and pectoral spines may cause a menacing sting. Although Catfish stings are often innocuous, severe tissue necrosis may occur. The hand is the most common site of catfish stings. As soon as they puncture the skin, the venom is released to cause an excruciating amount of pain to the angler. If there are two parts to watch out for on a catfish, it is these two fins, not the whiskers.

The Catfish have whiskers protruding from the area around the mouth but these are not stinger as some people think. These barbels are filled with sensors that catfish use to taste the food before it enters their mouth and to smell out their prey in murky waters. They are not used for protection.

Catfish are often found in muddy rivers, lakes, and on beaches in tropical, subtropical, and temperate waters. These fish are not aggressive. The chances of you catching one are pretty good, so the best way of getting one of your hooks should be common knowledge for a fisherman.

Remember, The smaller the Catfish the sharper the spines on his body. Bigger older fish have duller fins or spines but can still hurt you.

How to Treat a Catfish Sting

According to WebMD: People who are stung by catfish are usually fishing or bathing when they make contact with a catfish, usually by stepping on it. Both salt- and fresh-water catfish are dangerous. Each has 3 spines and a stinging apparatus.

If you are camping in the wilderness and get any medicine or doctor then you can try an Old Fisherman’s way of dealing with a catfish sting. If poked by a Catfish, rub the slime off the fish’s belly onto the wound it will help take the stinging sensation away a lot faster relief. I have heard this solution plenty of times but never used it. It’s a good thing to remember if you are in the middle of a lake in a boat.

How to Hold a Catfish Without Getting Stung 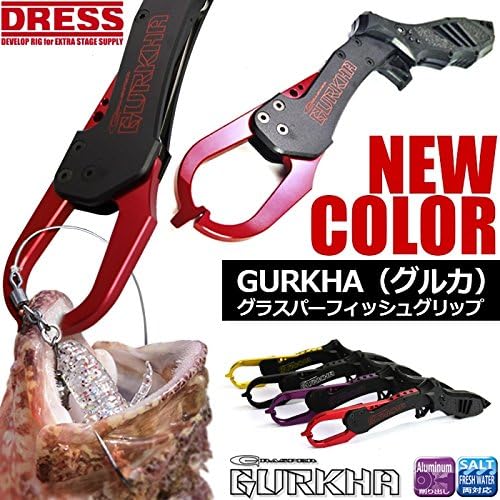 Half the battle of dealing with a Catfish is getting him off your hook. The proper grip is the first and most important step for removing the hook from this common fish. Anglers often use a specific grip to handle catfish, such as the lip grip, to avoid the pectoral and dorsal fins completely. This is typically all that is necessary to prevent injuries from these fish.

The best fish grip to use is made by the Japanese called the DRESS Grasper Gurkha Fish Grip Black Body it’s light and a great tool to bring fishing. Available through Amazon on MyWaterEarth& Sky. Great for salt or freshwater Catch & Release! With a tactical curved design and light, anti-slip processed handle, this fish grip assures a firm grip and safe landing for large game fish. It’s a great fishing tool keeping your hands away from a fish’s mouth.

If you don’t have a Fish Grip and are fishing from off-shore then you need to position a Catfish or like most fish that are dangerous flip them onto their back. Follow this video for the safest way to grab a Catfish and remove the hook.

Hold the Catfish with your thumb and forefinger directly behind the Pectoral Fins. Try and grab the fish from the belly so that your hand is safely away from the Dorsal fin. These spots directly behind the pectoral fins are like shoulder blades and are hard and not slimy like the rest of the fish so you can get a good grip on the fish.

How to Unhook a Catfish Without Getting Stung

Many people I know who love to fish hate to catch Catfish because of the problem of getting them off the hook. What I found was that Catfish is a great tasting healthy fish in clean water environments and worth the effort and skill to fish for them. Here are a few tips for taking a Catfish off the hook without getting stung.

How To Set the Drag on a Fishing Reel

Catfish Sting and Barbs: What You Need To Know