In the last century, the U.S. led the world in Dam building for many purposes, including hydropower, irrigation, flood control, and water storage. While dams can benefit society, they also cause considerable harm to rivers. How are Dams removed?

Dams are removed by different methods:

The Open Rivers Initiative, begun in 2005 by the National Oceanic and Atmospheric Administration (NOAA) in partnership with American Rivers and other organizations provides communities with funding and technical expertise to remove dams and restore rivers and streams. In the last 50 years, over 600 U.S. dams have been removed opening up 1,700 miles of river habitat for migratory fish.

There are many Dams built throughout the centuries. Although the main function of dams is to hold water back, they often provide additional useful jobs. Dams no matter how big or small are able to perform numerous functions. 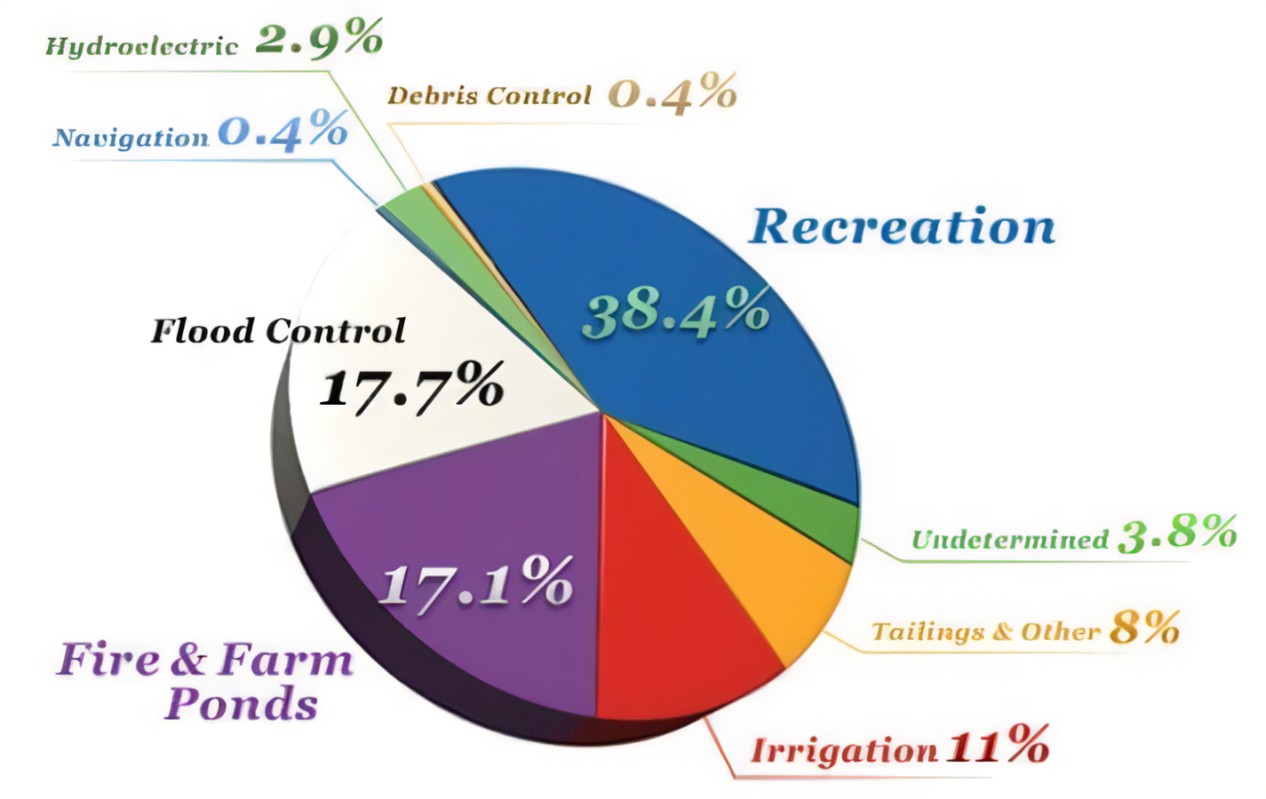 Dams stand as one of the earliest inventions of humankind. Aqueducts were built in Rome to control the flow of water. Today’s modern Dams are designed differently but built for the major overall reason of controlling the flow of a river or creek.

The ancient Mesopotamians may have been some of the first humans to build dams. The oldest known dam is the Jawa Dam, located in present-day Jordan. It was built in the fourth century B.C.E. Dams provided farmers with a steady source of water to irrigate crops. This allowed ancient Mesopotamians to feed a growing population.

The Romans were master-dam builders too. They used dams to divert water for drinking, bathing, and irrigation. One of the oldest dams still in use is the Cornalvo Dam in Spain. The ancient Romans built it in the first or second century C.E. according to National Geographic

Soon people were able to harness the power that dams combined with rivers created to make mechanical energy.  Most rivers in the United States and around the world use Dams to keep flooding inundated rivers from taking lives and property in their vicinity of it.

Ancient dam builders used natural materials such as rocks or clay. Modern-day dam builders often use concrete reinforced with steel. Eventually, this water being held back could turn giant turbines to generate electricity.

The Hoover Dam in Nevada and Arizona holds back the great Colorado River creating the largest reservoir (Lake Mead) in the US and enough hydroelectricity to light the city of Las Vegas.

Built during the Great Depression and sponsored by the government-provided well-needed water and jobs is now considered an engineering marvel. Dams play a huge role in the development and ongoing life in the Southwest United States and other troubled spots in the country.

The Tennessee Valley Authority was also created in 1933 by President Roosevelt during the Great Depression and The Tennessee River valley was continually dealing with floods, deforestation, and eroded land. The TVA aimed to provide work, and electric power and help reduce flooding teaching better farming methods, replanting trees, and building dams as the country got older and moved through the 20th century.

Dams are controlled by spillways and locks that are built into the system. Gravitational force is used to fill the lock with water. Water gushes in from the top of the dam and is filled or emptied in the lower quarters of the dam. This regulates the water level. It is possible for the smaller boats to pass through the locks and continue their journey without any danger.

How Are Dams Removed

In the US there are over 2 million Dams more than 90,000 over 6 ft. tall that are known to be in existence, the smallest are located on streams that were made to provide recreation, flood control, fire protection, irrigation, and water supplies, or hydroelectric power.

Most were built for recreation and flood control and only 2,210 of these Dams actually generate hydropower. Today, however, many U.S. dams have outlived their original purpose and over 4,000 have been deemed unsafe. By 2020, 85% of U.S. dams will be over 50 years old, the average life of a Dam.

For some, the maintenance outweighs what it costs to build it and just doesn’t make economic sense anymore. The cost involved with removing them is often less than its annual upkeep or the cost of repairing the Dam for safety purposes.

The decision to remove a Dam is usually made by its owner as many Dams are privately owned, with the rest owned by the federal, local, or state government, or public utilities. Dam removal is paid for by the dam’s owners, and federal, state, or local governments.

Some decisions to remove a Dam are based on the negative environmental impact it has. Dams change the existing biosphere downstream and upstream on the river or stream and over the many years it’s in operation can have a huge effect. 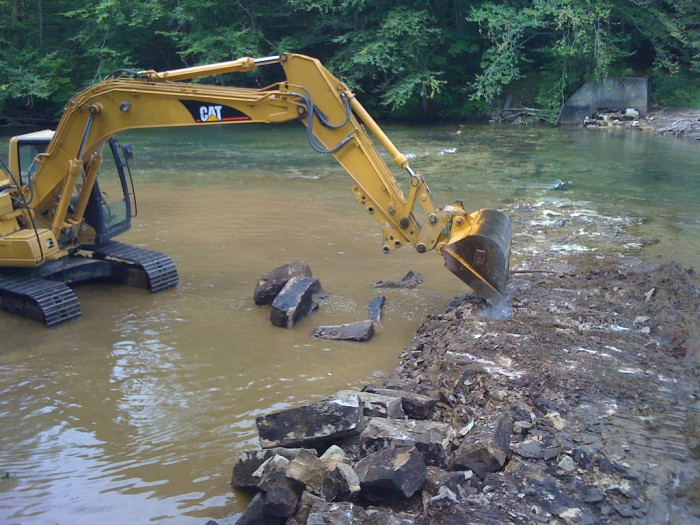 To avoid undue harm during dam removal, construction is undertaken in careful steps to not only avoid unacceptable degradation but also to keep dam removal contractors, their equipment, and people downstream out of harm’s way. This is done over a period of days to a period of months depending on.

To avoid undue harm during Dam removal, construction is undertaken in careful steps to not only avoid unacceptable degradation but also to keep Dam removal contractors, their equipment, and people downstream out of harm’s way.

American Rivers’ Dam Removal Database includes all dam removals in the United States of which we have been made aware in which a significant portion of the dam has been removed for the full height of the dam, such that ecological function, natural river flow, and fish passage can be restored at the site. This database is revised and updated annually with the information provided by contributors across the country.

Where does the Colorado River Begin and End