One of the most common plumbing problems that will occur over time in most homes is a toilet leak that can go undetected until a bill brings it to your attention. Most if not all common toilet leaks can be addressed by the homeowner without calling a plumber saving you money with a little knowledge. How do you fix a leaking toilet?

For most toilet problems, as long as a homeowner is aware of sights and sounds that are out of the ordinary then a small problem won’t end up a bigger one and can be done easily without the plumber being involved. Conserving water along with saving money by doing it yourself could be worth the small amount of time and effort. Read this article to find out how.

One simplest but most common problem is the Flapper that seals the water from the tank that flushes the bowl is stuck or worn out. If the Flapper is not aligned and sealing the toilet tank flush seat then the water will run into the bowl and out the drain. The tank will keep filling to compensate.

This is a huge cost after a period of time and a waste of water. You may hear water trickling through the toilet or a flush when not being used. It’s a simple fix just change the Flapper inside the tank (for as little as 5-10 bucks) The Fill Valve float is the device that controls the intake of water moving into the tank through a hose that is inserted into the overfill tube. If the float is not set properly or worn out then water will continue to run through the overfill wasting water down the drain.

This will be a silent type of leak. Take the toilet tank cover off and inspect the setting.  If you don’t see at least an inch or so between the water level and the top of the overflow pipe then the water will run and continue to be wasted until it’s attended to.

To Fix-Just let some water out of the tank through the Flapper and lower the or raise the clamp on the Fill Valve float. Some Assemblies have screw adjustments for easier settings. If Fill Valve is broken and won’t adjust or leaks from the seal at the bottom or at the top located under the cap, then it’s time to replace it.

How to Check for Toilet Leaks With Food Coloring

To find out if your toilet is leaking when the leak is silent and harder to detect or distinguish where it’s leaking from, try this old remedy. Dye in the toilet tank will indicate whether or not water is going somewhere it’s not supposed to. There is a dye detection found in the hardware store that you can buy in tablet form or you can just use food coloring.

How Do Astronauts Go To the Toilet In Their Suits

Toilet Leaking From Bottom of Tank 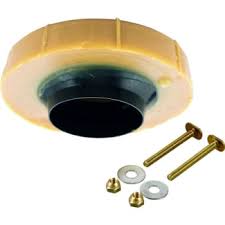 A base leak is a water leak at the bottom of the toilet where it sits on the floor. This is the worst-case scenario as the water from the tank can ruin the floor, underlayment, or walls in your bathroom. If you see the colored dye that you added earlier to test for leaks coming from the base of the toilet then this is where the toilet is leaking water.

This can be fixed  90% of the time with a Wax Seal that seals the toilet to the drain.

I can tell you from good experience that you can do this job by yourself but installing the toilet onto the new ring and toilet flange can be a little tricky depending on the weight of your toilet so get a partner for a quicker easier experience.

To Fix-Check this video out for swapping out a Wax Seal!

Where Does Airplane Waste Go

link to How to Adjust Water Pressure in House

Continue Reading
link to How Do Stingrays Sting

If you are out on the ocean surf fishing this year and you drag the bottom will likely hook a Stingray that is notorious especially on the east coast as a trash fish to most people and is able to...