Rivers like The Colorado and the Rio Grande in the Southwest areas and Western parts of North America are experiencing issues like Water Scarcity and growing populations that have been creating growing problems not just for Drinking water but for Irrigation in Agriculture too. The 5th largest river in the US, the Rio Grande is seeing these problems coming fast with dwindling water supplies. What is the Rio Grande Water Supply?

The Rio Grande River’s source is rain & snow from up in the Rocky Mts. in Colorado then adding the Pecos, Devils, Chama, & Puerco Rivers in the US-the Conchos, Salado, & San Juan Rivers in Mexico as it moves 1,896 miles providing Drinking H2O & irrigation to more than 6 million people along the way.

One of the 20th largest rivers in the world, Rio Grande flows to the southeast and south for 175 miles in Colorado, southerly for about 470 miles across New Mexico, and southeasterly for about 1,240 miles bordering Texas and the Mexican states finally emptying into the Gulf of Mexico.

Where Is the Rio Grande Located

It runs for 1,885 miles. It begins in the San Juan Mountains of southern Colorado, then flows south through New Mexico. It forms the natural border between Texas and the country of Mexico as it flows southeast to the Gulf of Mexico. It’s the 5th longest river in the U.S, and among the top 20 longest rivers in the world. 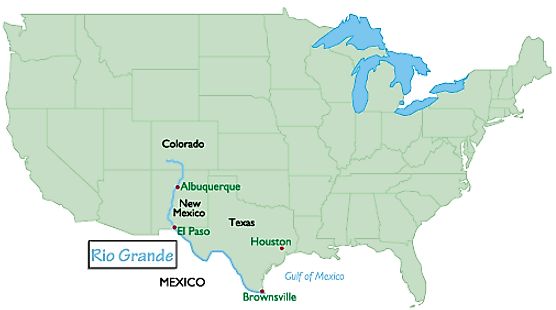 Rising from clear, rain and snow-fed mountain streams the source is more than 12,000 feet (3,700 meters) above sea level in the Rocky Mountains, the Rio Grande descends across steppes and deserts, watering rich agricultural regions as it flows on its way to empty into the Gulf of Mexico. Because of the arid region that the Rio Grande runs through not much water is added to the flow of the river.

What is Water Security

The principal tributaries of the Rio Grande are the Pecos, Devils, Chama, and Puerco rivers in the United States and the Conchos, Salado, and San Juan in Mexico. The peak of flow may occur in any month from April to October.

In the upper reaches of the Rio Grande, it usually is in May or June because of melting snow and occasional thunderstorms, whereas the lower portion commonly experiences its highest water levels in June or September because of the occurrence of summer thunderstorms. 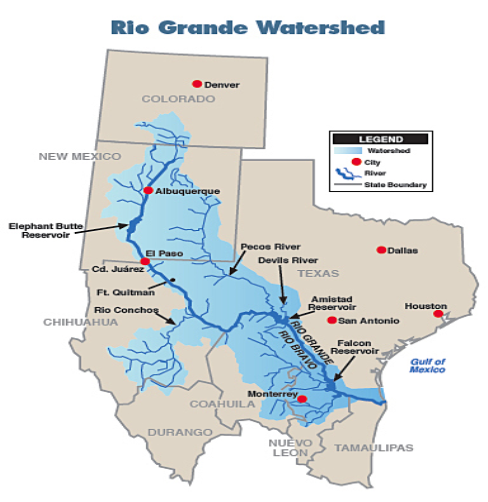 Why Is The Rio Grande River Important

Even though the Rio Grande is not the longest river in America, the Rio Grande is one of the most important. But, unlike other significant rivers, it is not used for shipping. In fact, oceangoing ships cannot navigate the waters. What makes the Rio Grande so important is its location. Since 1846, it has been the official border of Texas and Mexico 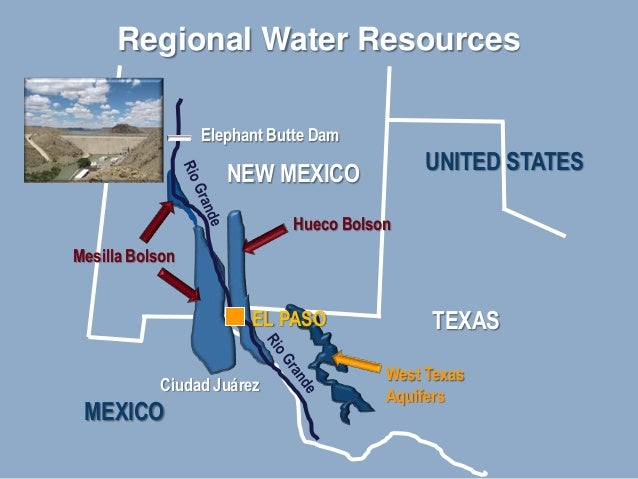 The Rio Grande today is mostly used as a source of drinking water. Today, much of the water has been drained from the river. Parts of the river are almost dry. This is because people use more water from the river than the river can be replenished from the rain and other sources. Experts are working to correct this, though, with hopes of restoring the river to its past strength.

About 75% of water withdrawals from the Rio Grande River are in support of agriculture. Population growth has also been a factor, particularly in Mexico, where the population has nearly doubled since 2005, and nearly 6 million people depend on the Rio Grande River and related groundwater basins for drinking water.

The Rio Grande is a major water supply for the border communities of Texas and for Mexico.   In the near future, it is projected that municipal use will increase by one-hundred percent over the next fifty years and industrial use will increase by forty percent.  In El Paso, groundwater resources come from the Hueco and Mesilla Aquifers.

These water systems provide 50% of the drinking water for the El Paso Water utility service area.  The other 50% comes from the Rio Grande.

The Hueco Bolson is the principal aquifer for the El Paso area and Ciudad Juarez in Mexico − nearly 90 percent of the water pumped from the Mesilla and the Hueco Bolsons in Texas is used for public supply.

The largest reservoir in the United States Lake Mead was formed when the Hoover Dam was built in the 1930s providing water and power to the Southwestern states of California, Nevada, and Arizona but in the last 2 decades have struggled to keep the water levels from falling recently up to 143 ft. that is 35% of normal capacity. Read our article called Why is Lake Mead So Low 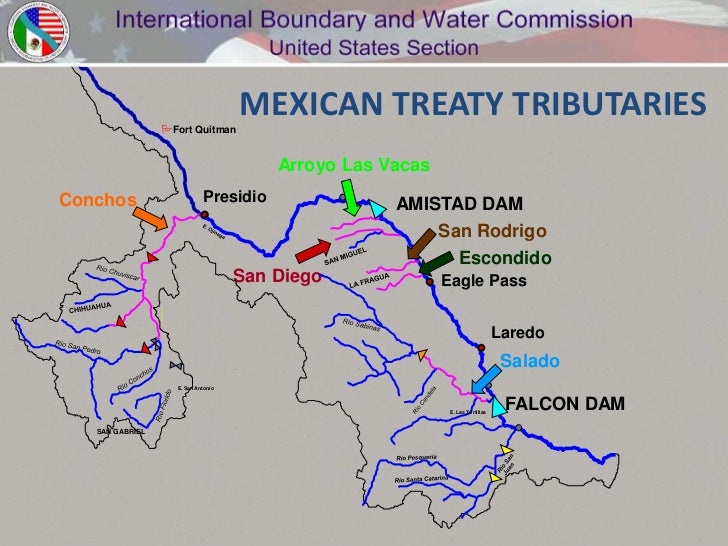 Increasingly frequent droughts in the face of climate change and growing populations around Albuquerque and El Paso could exacerbate the problem. The U.S. Bureau of Reclamation estimates the upper Rio Grande watershed will collect 30 percent less water by the end of the century, as annual snowpack shrink and evaporation rates increase.

Heavy Aquifer pumping during the 20th century has resulted in a significant lowering of water levels in most of the Hueco and some of the Mesilla.

The complexities with water resource management in the Rio Grande are further complicated due to the international nature of the Rio Grande.  On the United States portion of the Rio Grande, Texas Surface Water Quality Standards are implemented to maintain water quality conditions that meet the “fishable and swimmable” that you would expect water conditions to be under conditions set by the Federal Clean Water Act (CWA).

The Mexican government, in turn, has its own established water quality standards, which are not necessarily equivalent to those of the United States.

The Rio Grande supplies water for drinking and irrigation uses for more than 6 million people and 2 million acres of land.  Both groundwater and surface water resources have become and remain seriously threatened by the border regions’ rapid industrialization coupled with increased population explosions, water scarcity, and Salt Intrusion which are seen as problems that will increase in the future for both sides of the borders and both the US and Mexico.

The Mississippi watershed is the third-largest in the world and plays a key role in the environmental aspects of a major portion of the country, covering over 41% of the USA along with parts of two Canadian Provinces. Read our article here on MyWaterEarth&Sky called Where does the Mississippi River start and end