Drinking-Water Fountains have been slowly disappearing around city parks, schools, businesses, and hospitals but could be making a come back, especially when they have Bottle Refill Stations ensuring everyone has adequate access to cold, clean water without the problem of plastic bottles waste. What are Drinking Water Fountains?

Most water coming from drinking water fountains is plain old tap water or in some cases well water like at campsites where there is no source of city water suppliers. Only some units actually come with a carbon filtration when you purchase them. 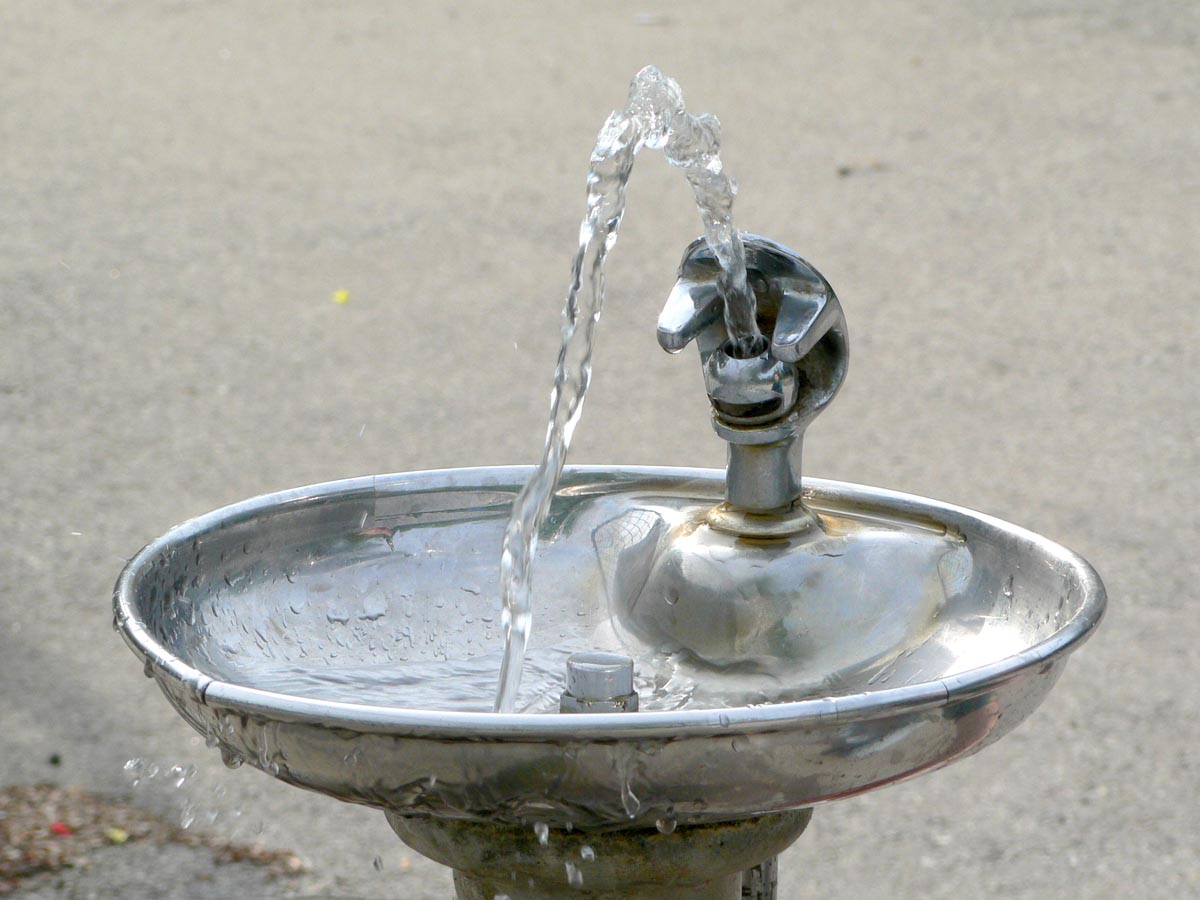 Do you remember when we were kids and we were at any public place like a park, the beach, library, baseball stadium, or shopping center a drink of water was always a step away. Water was always available to people in public places fairs and anywhere a crowd of people was.

In the gymnasium at school or even at Ice Cream stores cold water was dispensed by some aluminum pedestals with either a push-button, push bars, or a little valve that you turned counterclockwise to get a drink.

They always had someone gum in the drain part of the fountain. I guess when someone tried to slurp a mouthful of water their bubble gum fell out of their mouth. If you didn’t recognize the object as gum you still drank from the fountain but closed your eyes so as not to look at it while you rehydrated.

Public Drinking fountains were stationary at the ballfields, Zoo, or the malls it didn’t matter, they were part of the building plan. Sometime near the bathrooms and sometimes not. Some were freestanding and some were wall-mounted  Some were even at restaurants where soda was available at a cost. Water fountains became part of the American landscape. 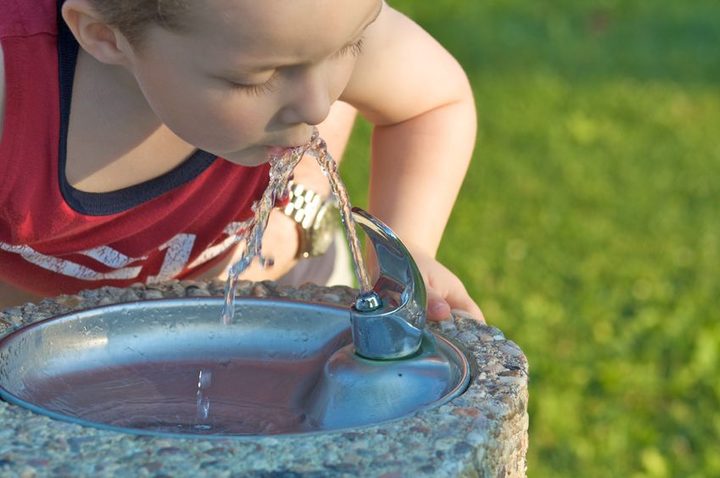 The most important thing to remember was to make sure to run the water for a while before you drank from it because the piping on the water fountain was exposed to hot temperatures and you needed to get to the water that was held underground that was always cooler and always more refreshing.

Drinking water fountains looked like prehistoric monuments built by the Flintstones encased in concrete but emptied on the ground cause the stream seemed to fly over the concrete bowl.  In early drinking fountains, metal cups were shared by the public until health promoters decided this wasn’t a great idea.

You always got a face full first because the pressure was never adjusted properly but that was ok. Even the fact that when the water rushed up to your nose it kind of burned just a little and soaked the whole upper part of your body was refreshing and hydrated you after baseball, basketball, or whatever sport you participated in. You ran to it to get there first. Drinking fountains go back to ancient times, but the gush of interest in cleaner drinking water in cities in the late 19th century led to a boom in drinking fountains just about everywhere around the world

Over the years another important name in the Water Fountain industry, Halsey Taylor developed many variations of the wall-mounted unit, including space-saving recessed models that allow for smaller spaces in crowded areas making as schools, hospitals, and other buildings with high traffic.

As the country progressed into the 1950s, the ability to offer students a cold, refreshing drink of water throughout the school day became an industry priority. This led to the design and development of wall-mounted water coolers more suitable for school environments.

In some parts of the country, the Water Fountain was called a Bubbler Fountain basically the same as a water fountain or drinking fountain. It is formally defined as “a drinking fountain that spouts water.” The word bubbler is typically only used this way in a few areas of the US, including Wisconsin and parts of New England.

The word began popping up in Milwaukee in the late 1880s, but, at least in the pages of The Milwaukee Journal and Sentinel, they were always called “drinking fountains.” The device attached to a faucet so that humans could drink from it does make the water “bubble” forth for drinking.

The first references to drinking fountains as bubblers in Milwaukee newspapers turn up in 1910 when they were called “sanitary bubblers,” “fountain bubblers” or “water bubblers.” The prefixes fell away by the early 1920s. 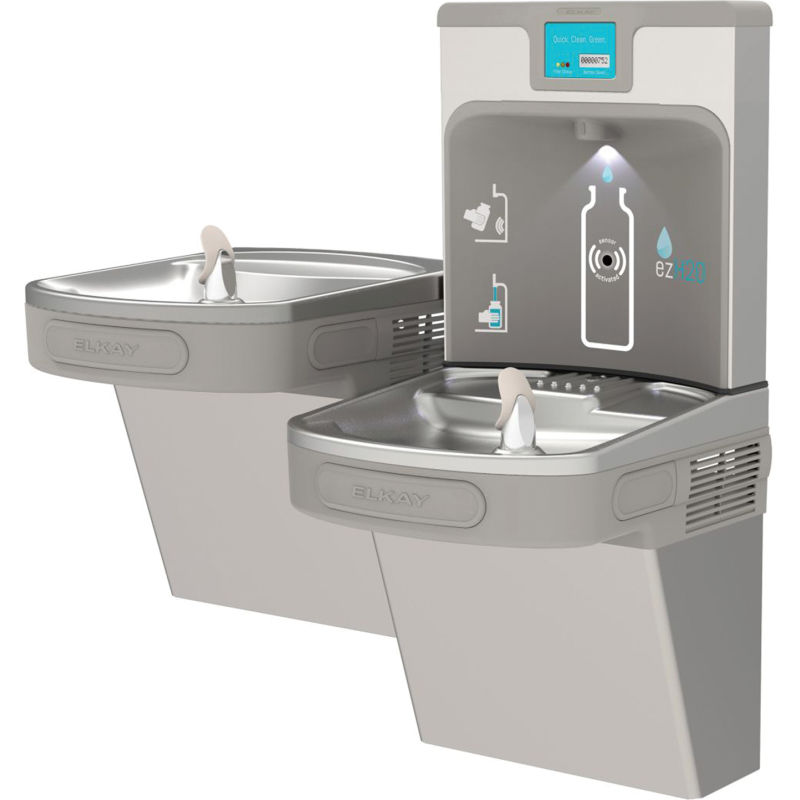 With the advent of the Water bottled industry came the end of the Drinking Water Fountains that became relics and symbols of the past. Most of us started drinking our pure favorite bottled water that could be carried around in an ice cooler or hydration bag used in hiking and cycling and whatever activity was healthy.

Staying hydrated was more than healthy it became a religion. No one or at least very few of us would ever use the water fountains that were stationed near the bathrooms at the park again.

But there was a problem with all of these millions of empty containers of bottled drinking water. This all created huge waste problems. Plastic bottles can’t break down fast enough in the environment.

Plastic bottles ended up in landfills and in oceans and even plastic pieces showed up in fish that we eat and now micro-plastics are showing up in us. Not to mention it would take a thousand years for a plastic bottle to break down while leaching toxic chemicals polluting our main sources of drinking water that we use as a potable water supply.

By installing an Oasis bottle filling station you are saving plastic bottles from landfills, while quietly showcasing the fact that you or your business is environmentally aware. This bottle filler will make your site more sustainable by reducing the cost and waste associated with disposable plastic water bottles. 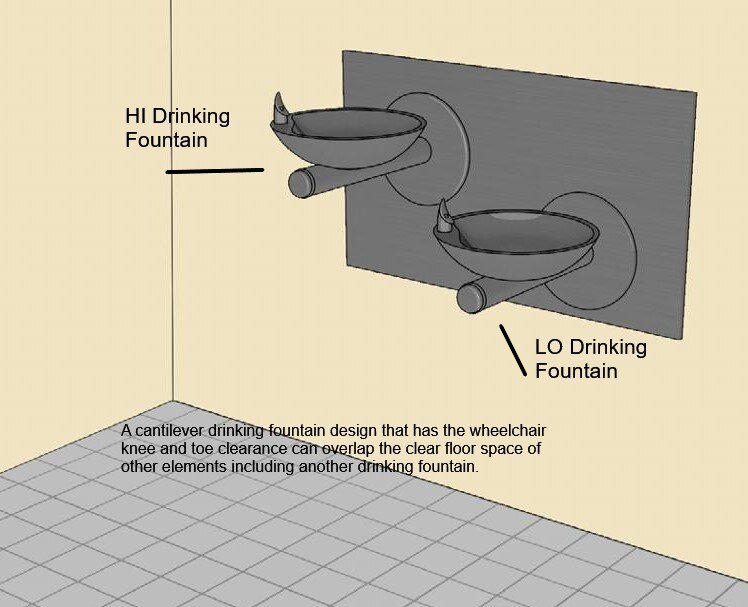 Drinking water Fountains these days have to be coded to be used in public areas like parks movie theaters or physicians’ offices. For a Drinking Water Fountain to be ADA Passed the Americans with Disabilities Act (ADA) prohibited discrimination against disabled individuals.

To be ADA compliant, a drinking fountain must meet certain requirements. There are specific regulations related to knee clearance, floor space in front of or beside the fountain, spout location and height, and location of the control.

There are specific regulations related to knee clearance, floor space in front of or beside the fountain, spout location and height, and location of the control. Water Fountains come in wall-mounted and freestanding outdoor fountains. They are designed at certain heights with clearance for a wheelchair knee and toe clearance. 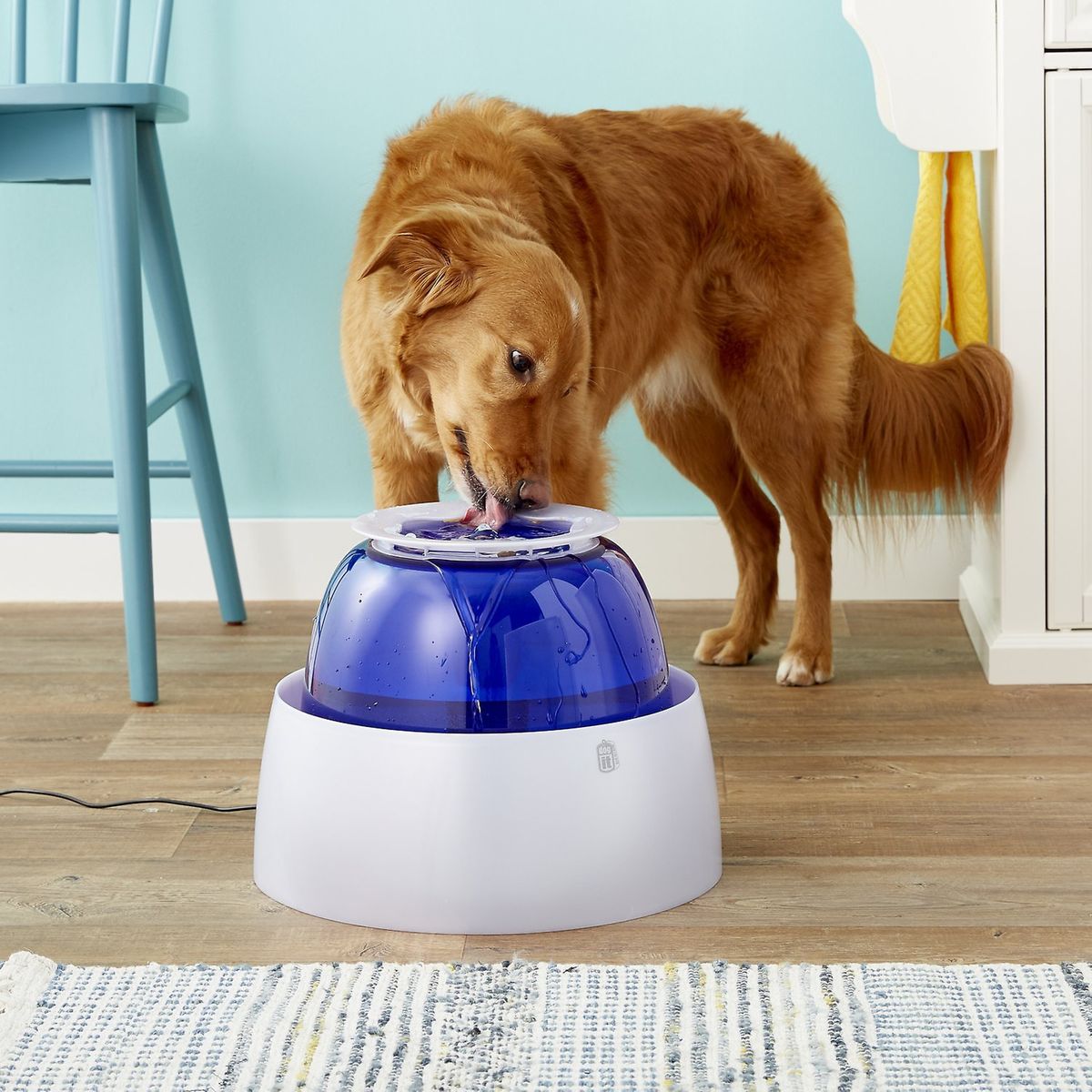 Just like humans staying hydrated is an important way of staying healthy, especially in warmer climates and where your pet will be more active than usual. Most dogs have a habit of not being particular where they take a sip and if their water bowl is not in the vicinity then a standing mud puddle may do.

With Water Fountains for your dogs or cats, they can get the hydration they need and you won’t have to worry about any bacteria they pick up along the way. Some of these water features even come with carbon filtration.