If someone were to ask you what is the color of the ocean, chances are that you would answer that it was blue. For most of the world’s oceans, your answer would be correct. But some Oceans look bluer than other parts, purple and even green in different shades even though pure water is perfectly clear. Why is the ocean different colors?

H2O absorbs all colors except in the Blue part of the light spectrum.
The deeper the H2O the bluer that’s reflected
In the shallower ocean, sunlight penetrates H2O creating phytoplankton & reflecting green color
Other hues can be created as light bounces off floating sediments & particles

When sunlight hits the ocean, some of the light is reflected back directly but most of it penetrates the ocean surface and interacts with the water molecules that it encounters. The red, orange, yellow, and green wavelengths of light are absorbed so that the remaining light we see is composed of the shorter wavelength blues and violets which are the beautiful colors of the Caribbean.

What Makes Different Colors of the Ocean

If you ask people what color the ocean is they will normally say Blue. If you ever took a cruise ship out of the New York Harbor and some others close to cities the water is brown then will turn blue the farther the boat goes out and the deeper the ocean gets. There is a reason for this change of coloring pigment.

The red, yellow, and green colored wavelengths of sunlight are absorbed by water molecules in the ocean. When sunlight hits the ocean, some of the light is reflected back directly but most of it penetrates the ocean surface and interacts with the water molecules that it encounters. The red, orange, yellow, and green are longer wavelengths of light and are absorbed so that the remaining light we see is composed of the shorter wavelength blues and violets.

Some waters have a greenish color to them that comes from single cells of phytoplankton which we know as algae that live in the ocean waters. The more algae that are living in the theses ocean waters, the more the water takes on different shades of green. The density of the phytoplankton population turns the Blue color into a mix of the beautiful bluish-green tint that we see.

The most important light-absorbing substance in the oceans is chlorophyll which phytoplankton use to produce carbon by photosynthesis. Due to this green pigment – chlorophyll – phytoplankton can absorb the red and blue portions of the light spectrum for photosynthesis and reflect green light. Since phytoplankton depends upon sunlight, water, and nutrients to survive, physical or chemical variance in any of these ingredients over time for a given region will affect the phytoplankton concentrations.

By observing the light by satellite Scientists are able to predict the health of oceans that exchange carbon sources and produce most of the world’s oxygen. The greener the color the larger the population of phytoplankton the more carbon is pulled from the atmosphere the lower the amounts of Greenhouse Gas which lowers the H2O temperature and regulates global warming.

Why are the Atlantic and Pacific Oceans Different Colors

There are different variables between the Atlantic and Pacific Oceans that will contribute to the color of each one.

These changes help create a difference in colors between the two oceans using satellite imagery in space. Constant monitoring of the amount of sunlight, the depth of the water, wave action, temperature, salinity, and amount of phytoplankton that living in the water will dictate the shades that create the color and what is happening here in our earth’s oceans.

Ocean water temperature that is monitored throughout all the Oceans in the world, is just one of the key important components to understanding, as it affects global climate and marine ecosystems. Biologists and Scientists use a variety of techniques to monitor ocean surface temperature 24/7. The layer being measured can go to about 1,200 feet below the ocean’s surface.

NASA works with The National Oceanic and Atmospheric Administration’s (NOAA) mission is to understand and predict changes in climate, weather, oceans, and coasts, to share that knowledge and information with others, and to conserve and manage coastal and marine ecosystems and resources as the Nation’s authoritative environmental intelligence agency.

What Are the Dark Patches In the Sea 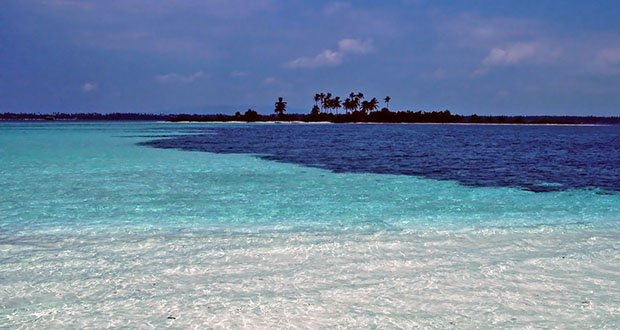 There are several things that can attribute to patches of darker pigments or colors in the sea that are easily distinguishable from above the water. One is Algae Plumes that inhabit an area and the other is the depth of the ocean can change dramatically.

The ocean floor depth can go from deep to shallower water changing the tint of color from lighter to darker making it look like patches from the top of the water.  The reflection from the bright Blue sky, white Sand, and Coral lying on the bottom reflect the sunlight are factors in the Ocean’s color

That means that light can penetrate farther down and reach the bottom as it does in shallower water and as light passes through the water the blue wavelengths get scattered. That produces a vivid and stunning turquoise-colored blue ocean.

Different areas in the Caribbean have slightly different watercolors due to the areas or patches created by the area’s currents. There can be currents that suck a good amount of organisms into shallow depths, which can be a factor. As stated above, when there is more phytoplankton, the water will start to turn greener.

Why is Caribbean Water So Clear

Tropical waters found in the Caribbean are nutrient deficient very little actually lives in tropical waters. Very few algae, very little plankton, and nutrients exist here in the water, and because nothing much lives in tropical waters they remain clear. That means that light can penetrate farther down into the ocean’s depths, and as light passes through the water the blue wavelengths will be scattered. That will produce a vivid turquoise blue ocean that it’s known for.

The colors are transmitted and either absorbed, scattered, or reflected by the water in a variety of shades and hues. The main reason why ocean water is blue is because of the absorption and scattering of light, similar to why the sky is blue. However, there are several other factors why the Caribbean is that lighter shade of blue.

The shallow depths, light-colored sand, and small populations of phytoplankton are important factors in the shade of Blue. They reflect green, causing the ocean to turn a greener color. So, because there is a smaller amount of them in the Caribbean, the ocean is clearer and bluer hue.

Dead plant and animal life sink to the bottom of the water here,  so normal nutrient cycling can’t happen in warmer regions like the Caribbean because the surface water is warm, and warm water floats on top of the colder water of the ocean bottom. As a result warmer waters very rapidly become nutrient deficient.

The endangered Coral reefs can thrive in tropical waters exactly because they are clear and sterile and that allows enough sunlight for the photosynthetic symbiotic algae that live in the coral and that provide most of their food.

Where is the Clearest Water In The World

According to the website Travel Zoo the most popular color in the world is blue, so it’s no surprise that people flock to the turquoise beaches of the Caribbean or the sapphire hot baths of Iceland. Many factors affect the exact color of water sediment and nutrients can make it appear murky, while nearby coral reefs can keep water clear — but the tint comes from blue wavelengths of light absorbed from the sun. Here is their top 5 Clearest Bluest most beutiful Beaches in the world.

After more research, I found that the clearest body of water according to researchers and scientists is this lake on New Zealand’s South Island which is known as the clearest lake in the world, according to scientists who study these things. In 2011, scientists from the country’s National Institute of Water and Atmospheric Research conducted a study and found that the clarity of the lake is surpassed only by very clear seawater. 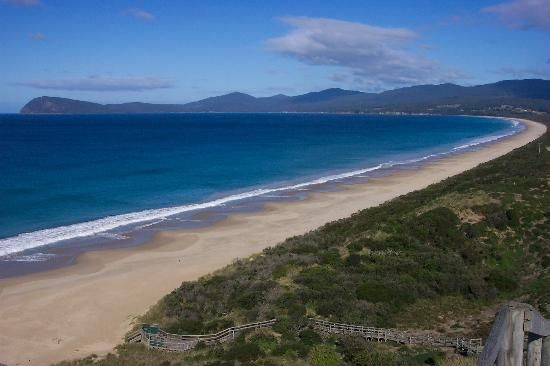 Blue Lake, on New Zealand’s South Island, is the clearest lake in the world. It is fed by water from Lake Constance, above. Both are found just next to Mount Franklin, in the Tasman District’s Nelson Lakes National Park. Photographer Klaus Thymann took these photos during a February trip to Blue Lake on New Zealand’s South Island, after getting approval from the government and the native Maori people, who consider the lake a sacred site.

Visibility in the lake stretches up to nearly 260 feet (80 meters), according to Robert Merrilees, a hydrologist with the New Zealand National Institute of Water and Atmospheric Research.