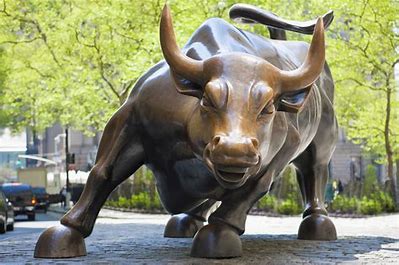 As the problems of water-related issues become more serious each and every year, water becomes more valuable as a commodity and a powerful influence on investors in a worldwide market. Is water a good investment?

Like any commodity, the less you have of it, the more valuable it is. That’s certainly the case with water, one of the world’s most precious resources is becoming dangerously in trouble from Scarcity, global warming & population. Yet Water Stocks are regarded as safe & unaffected by events.

Take Dr. Michael Burry, played rather eccentrically by the actor Christian Bale in the 2016 film, “The Big Short.” In real life, Burry invests in water and the evidence shows that he and other aqua investors are onto something.

Water is Our Most Precious Resource

Being where we live in the United States we enjoy many things most of the world doesn’t and actually take advantage of some of the normal things that are taken for granted that most people on the earth consider a luxury in their part of the world. Water is our most precious resource no matter where you are on earth.

Most tourists know that once you turn on the tap anywhere south of the border could be a roll of the dice. There are a few ways of looking at this and one way is that a person can capitalize on this situation by helping out the part of the world that is in need of clean water for drinking and health that is so important for the communities involved with these criticizes that happen in many areas of the world.

The problem the world faces with Water Scarcity, especially in a place like India creates an advantage, unfortunately, any commodity like oil and food that becomes scarce like a late frost in early spring that kills off oranges with any problem opens a door for investors who can afford to capitalize on it. It’s just Supply and Demand. If an average person can see what the future lies for the world and water, anyone can see the value of what water can hold in the next decade or longer.

There will be solutions God willing and investing in those new technologies can only help to bring those solutions to fruition. Bringing water to places where it’s needed the most and treatment processes that will increase success.

There are a few ways that people can get involved in investing in water as a product or an industry that can utilize the earth’s problems while capitalizing on them to broaden their investment opportunities.

Companies that are popular now are Watts Water and Aqua America. In India, China and Asia clean drinking water are at the very top of their list for development in the future. Water and Wastewater treatment plants are being built and invested in for the short-term and long-term government and commercial projects who are looking for backing now and in the future that is looking for money.

This type of investing here in the US is considered unconventional because new buildings are normally built on top of existing infrastructure. Where here these have to build and constructed from scratch.

In the future look to places that don’t have clean water or dirty water that needs to be cleaned and serviced before communities can be built or grow to areas where water will be scarce or unsafe.

Some of these world-sized water companies that the ones that should be invested in are companies like Pepsi-Cola or Nestles. They also include Beer companies that use filtration instruments and equipment that are state of the art because they have to clean the water they use in their product for the same reasons consumers use to clean drinking water that is questionable throughout the world. So when thinking about investing in water think about big companies that also have to use large quantities of clean water to make their product.

How To Invest In Water Commodity

Because of rising water issues and demands in the next 30 or 40 years of increasing water demand and its importance will grow to an incredible value that will no doubt be a huge important non-risk investment for even the small investor with not much to gamble with.

With the global population expected to grow more than 40% by the year 2050, More of the world’s standards of living transitioning to higher standards of living, and widespread water issues demands needed to meet those supplies will be harder and harder to accomplish. It almost is impossible.

Only 2.5 % of the water supply is fresh and less than 1 % of that water is accessible as surface water the rest is locked up into glacier ice and underground and underground aquifers. Without trying to scat=re everyone the demand in the next 30 years will be the world demand will be farther greater than the demand.

Rising temperatures increasing population and demand will snowball this water demand will be expected to affect half the world’s population.

There are estimates of up to a billion people living without clean drinking water. By 2525 more than half the world’s population will be in water stress situations and with these problems comes political economics and disputes that can lead to starvation and war. It won’t take long for nations around the world to come to the conclusion that the earth is in trouble.

Most water use is now processed to feed the nations in dry countries which lead to higher food cost burdening people that are already in third world arid nations. The solutions are high teched processes like Desalinization or sustainable farming techniques like drip irrigation. These solutions can take years to replace the ones that are in place right now.

Without water, the earth will have geopolitical implications that change the way the world will live and think. This will create water into a commodity. There are places here in the States that will have immediate implications so the problem just won’t be in the African plain where the topsoil will be dryer than moon dust.

As stewards of the earth, we have got to find ways to help decline the situation so the next generations will be saved from this. Investing in new agricultural methods and scientific studies brings us all to the point of an obligation that we must find ways to solve these problems.

Some popular agricultural foods need more water than others. How do we deal with the ethical dilemmas of producing food, saving water, and making money by doing it? There is a common ground.

Quite a few opportunities can come from implementing water-saving agricultural techniques that can feed the world by discovering techniques like Desalinization which is spreading throughout the world and benefiting the folks in the regions that need it the most.

Water deals are poised to pick up, according to the chief executive of one of the biggest publicly traded water investors, thanks to regulatory changes and critical infrastructure needs that weigh on municipal finances.

Water is a fragmented market. Some 85% of water is controlled by municipalities scattered across America—but that is slowly changing, according to the CEO of water and wastewater utility Aqua America (ticker: WTR), Chris Franklin.

Over the many year after World War II not very much infrastructure has been dealt with at least the way it has be supposed to be dealt with.

This give private corporation a chance to sneak in a bid on run down Water & Sewer Companies that have been run for many years eventually run down. Recently the S&P Global Water Index, which includes 50 water-linked companies worldwide, had climbed 17% in 2019.

Many of its components had turned in positive numbers. For example, utility American Water Works (ticker: AWK) was up 36%; water-technology provider Xylem (XYL), 12%; and conglomerate Danaher (DHR), 33%. The Invesco Water Resources ETF (PHO) had gained 25% in the same stretch.

How To Invest In Water Stocks

Water is the most important commodity on the earth and our most important natural resource on the earth. Recent information on Climate Change Population growth and Water scarcity throughout the world deserves the attention it’s getting.

Water may not be a tradeable commodity like oil or gold, but it is vital and in limited supply. Over 70% of the Earth is covered in water but less than 1% of it can be consumed as drinking water, and fears about droughts and water shortages are increasing.

The way we manage our water supply on earth is not only critical for us but also for future generations to come. Water is crucial to every country in the world, but each one manages its resources differently. Historically, water has been owned and managed by the state and local authorities to ensure citizens have access at the right price.

After the years have gone by it’s starting to make sense and become cost-effective that maybe that private company should take over and tackle the free market prices that can be a better way of handling it. Privatization may have put a vital commodity into the hands of profiteering businesses, but it has also provided greater investment and a faster pace of development. Most people agree with this as the way of the future.

How to start investing in water

regulated vs unregulated
Those countries that have privatized water have kept a tight grip on the market by ensuring it is highly regulated. Most privatized industries are managed by a regulator that enforces strict limits on how much money they can make by selling water or operating wastewater systems like sewers. This can be done in a variety of ways, such as setting price caps on customer bills and demanding a certain level of investment.

Why Invest In Water Stocks- because water utilities are regarded as very stable businesses and less volatile than other industries.

What moves the markets for water company stocks

Water stocks tend to be unaffected by most events

Ways to invest in water

Water ETFs-This means it has the stability of a water stock but with even less risk because of its diversification.

References: The Street-How To Invest in Water Commodity